Despite trailing at different portions of the game on Saturday the Mont Alto’s Nittany Lions wore their rally caps and earned the 4-3 walk-off win when Chance McClure (Chambersburg, Pa./Chambersburg) lined a single to the left center field gap.

With Mont Alto’s win over Penn State DuBois, PSUMA is in prime position for the remaining games of the PSUAC Tournament as they look to be crowned champions.

Mont Alto opened the scoring in the bottom of the first inning playing sound baseball. Jared Pine (Mercersburg, Pa./James Buchanan) led off with a single and scored when Hayden Kissel ((Chambersburg, Pa./Chambersburg) grounded into a fielder’s choice. It was Kissel’s 30th RBI of the season.

The PSUMA bats woke back up in the bottom half of the fifth frame. Joseph Wunsch (Dover, Del./ Dover Area) started things with a one-out single. With runners on second and third Jared Pine (Mercersburg, Pa./James Buchanan looped a bases-clearing single to tie the score at three runs apiece.

Pine was intentionally walked; and with two outs in the bottom of the seventh, McClure crushed the ball to the gap with Dylan Reisinger (Ickesburg Pa./West Perry) crossing home plate for the winning run.

Mont Alto plays the remaining games of the PSUAC Tournament in a double elimination format at Showers Field in DuBois, Pa. PSUMA is the No. 1 seed in the PSUAC West; and with Saturday’s win they will now take on Penn State Brandywine at 2 p.m. Sunday, May 9. 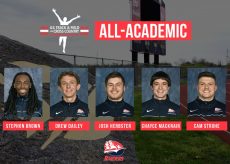 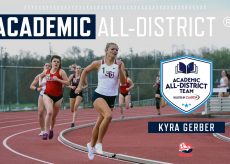 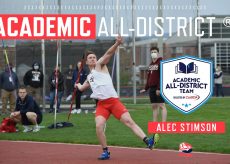