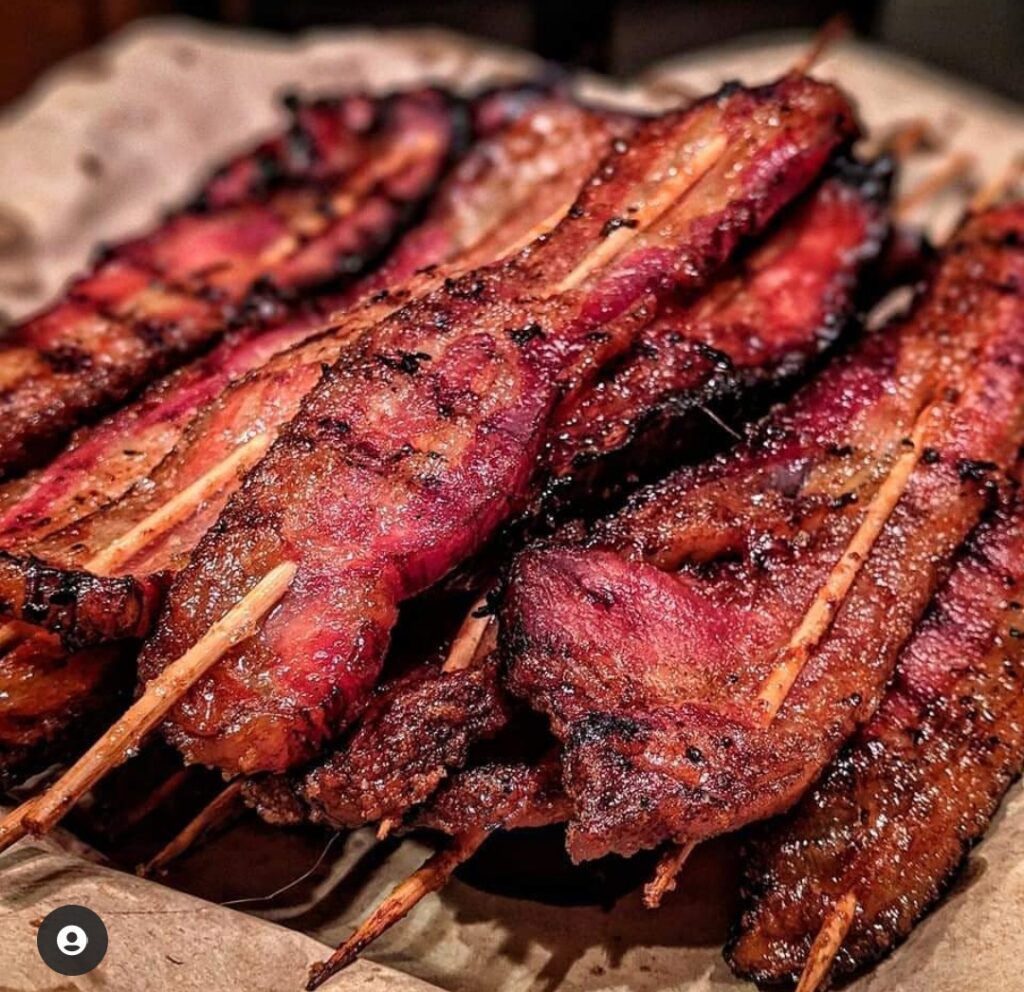 Downtown Chambersburg parking lots will be stuffed on April 24 with trucks hoping to fill the stomachs of visitors from near and far.

The Spring Food Truck Fest is set from 11 a.m. to 4 p.m., rain or shine. No admission fee is charged to visitors, who can get their fill from more than 30 vendors who have signed up to serve myriad edibles, including barbecued meats, seafood, cookie dough and pizza.

“It’s for everybody, from food aficionados to those who just want to have lunch,” said Sam Thrush, president of festival organizer Downtown Chambersburg Inc. (DCI).

Among the growing list of eateries serving up their specialties is Pully Wissle Provisions, which is based in Greencastle, Pa.

Owners Jason and Tarra Bachtell plan to have more food ready at the get-go than they did for the 2021 spring fest, midway through which they sold out of edibles. Consumed in 2 ½ hours were 16 pans of burnt ends – morsels of brisket smoked in a thick, sweet reduction; 16 pans of smoked pimiento macaroni and cheese; five gallons of slaw; 10 to 15 pounds of pulled pork in sandwiches; and a couple hundred “stuck pigs,” which are 5/16-inch-thick cuts of bacon that are skewered, candied and smoked, and which Jason likened to a “giant bacon lollipop.”

Bachtell said the sellout was the result of a “perfect storm” of great weather and an easing in COVID-19 restrictions, which lured more people outside. The benefits of being there lingered long after the event was over.

“It was our largest sales and the busiest time we ever had,” Bachtell said. “We had a lot of return customers and lots of new ones, which was great,” adding that there was an uptick in sales of the seasonings they sell at area businesses and online.

Pully Wissle’s truck was parked at Montgomery Alley and Spring Street at the 2021 spring festival, the same spot he uses during the North Square Farmers Market. It was near vehicles from Fat Russ’ BBQ and Rollz on Wheelz, both of which have signed up for this year’s celebration of food.

He said the proprietors “bust each others’ chops” regularly, but it’s all part of friendly fun.

“We’re all rooting for each other,” Bachtell said.

Rolly Alegre can’t imagine passing up the chance to participate in the food truck fest.

Alegre had his first record-setting sales at DCI’s inaugural food truck festival, which was on a cold, rainy day in October 2020. His menu for the April event includes spring rolls made with pork or chicken and cheese, two types of noodles, and pork on a stick, which is marinated overnight with barbecue sauce and has been a hit this winter.

Alegre will put his sizable pig roaster to use and will serve the meat and its crunchy skin over fried rice with dipping sauces. He’s considering adding the North Square Farmers Market to his spring and summer calendar, where he could offer items from his breakfast menu.

Thrush is delighted to have so many vendors returning for the spring celebration of food on the move, including Jenni’s Knife and Spork; Lake House Distilling Co.; and Laughing Crab Catering. He also is enthused about bringing back the beer garden and live music offered in the past.

“It makes people stay a bit longer,” Thrush said of the added attractions, which will include performances by Lauren & Jaime Barreto, as well as Lucky Punk.

Some of the food trucks make the local area their home, but some are driving from more distant locales such as York and Hanover in Pennsylvania, and Havre de Grace, Md.

“We’re trying to build relationships,”  Thrush said of happenings such as the food truck extravaganza. “You never know when they will want brick and mortar.”

DCI’s bonds with area businesses have led to the support of many, including the food fest’s grand sponsor, Homespire Mortgage, and other backers, such as Starr Insurance Companies, Corning Credit Union, Stouffer Mechanical Contractor, Ocker Accountants & Consultants, and VerStandig Media

For a complete list of participating food trucks and more information, go to www.facebook.com/DowntownCburg/events or email dci@chambersburg.org.