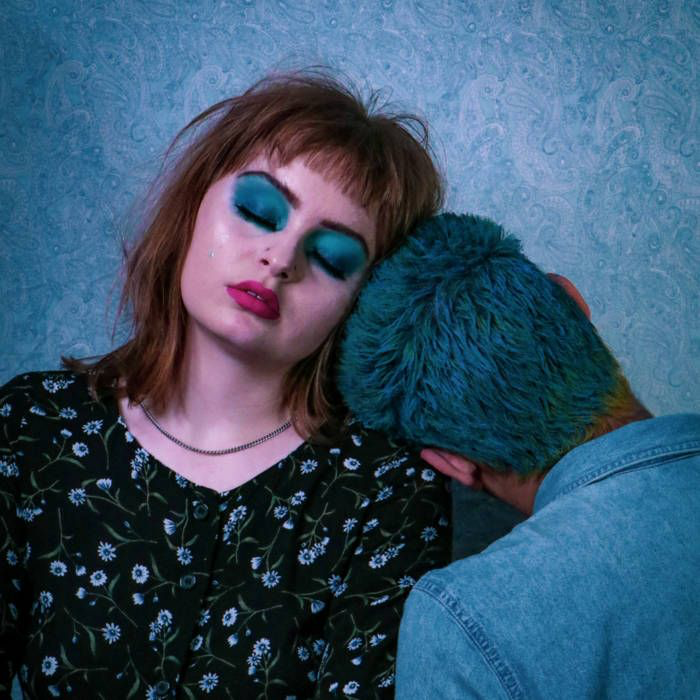 In songwriting, the word “blue” can almost be considered a cliche. It rhymes well, and can help set the melancholy tone of a song.

Hagerstown songwriter and musician Flo Petite’s “Blue”, released in February of this year, does something different with the commonly used trope. The song is definitely somber, and it’s protagonist certainly heartbroken. However, instead of solely relying on this theme, Petite manages to do something more complex.

There’s a terrific verse, where the protagonist is struggling on whether or not she should change her hairstyle after a breakup. “She can dye her hair blue, but that won’t distract from who you are/She can cut it off too, but she’ll always find more reason to be blue”. A relatable phrase — after being hurt by someone, many feel the need to change something about themselves in order to heal. A tattoo, a piercing, maybe a new hairstyle.

There’s also heavy use of water related themes, losing “fishtails on my fingers” in a “sea of shag carpet” and playing “tug of war” while not letting the “sea salt get in your eyes.” One could see this as drowning, the suffocating feeling after being brokenhearted. The beginning of the track even sounds like it’s sunken deep in the sea, while tremolo guitars make the listener feel as if they are trying to keep their head above water as they gasp for air.

“Blue” is another great rock track Petite has been putting out over the last couple years after the release of her fantastic, debut EP, Soft Wrinkled Feelings. She’s amping up her craft, with improved production and lyrical ideas. Along with her track “Gay”, released last year, “Blue” shows that there’s more musical soundscapes for the already talented Petite to explore.

Check out “Blue” at https://www.flopetite.bandcamp.com/track/blue.

Vicky Taylor - May 25, 2020 0
You would expect to hear the beeps and rings of heart monitors and medical equipment in the lab. However, these days you’ll also hear the buzzing of six sewing machines working to make handmade masks.

Mont Alto Athletics Assist at the 2020 IceFest in Chambersburg