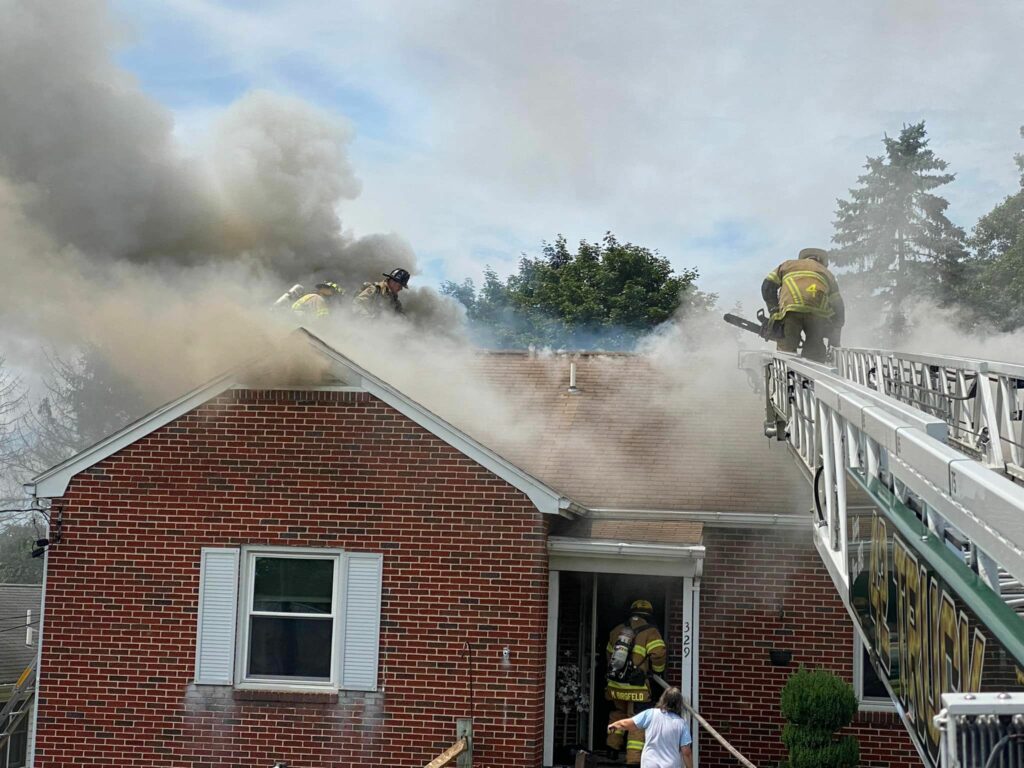 Mutual aid is critical in fighting local fires, fire officials say. Even paid departments such as Chambersburg Fire Department depend on volunteers and call for help from first responders who man and run the county’s numerous volunteer fire companies. Sometimes they even get help from nearby counties.

Such was the case Friday when a call came in that a home at 329 Glen Street was on fire. Twenty-three personnel from ten area fire departments, both paid and volunteer, worked seamlessly together to quickly bring the flames under control while trying to save pets trapped inside the burning structure.

Firefighters battled not only a major fire in Chambersburg that day, but hot, muggy weather, according to Chambersburg Fire Dept. Chief Dustin Ulrich. To protect firefighters and prevent heat exhaustion, Ulrich drew upon volunteers from nine departments in addition to his own.

It was a classic case of mutual aid companies working together seamlessly.

Volunteers from these mutual aid departments shared in the firefighting effort, rotating in shifts during the afternoon to minimize the threat of heat exhaustion:

Two firefighter injuries happened, but not resulting from heat exhaustion thanks to the rotation efforts.

Ulrich said one injury happened when a partial ceiling collapse injured the firefighter’s shoulder. The second injury resulted from an electrical shock from a compromised appliance. Both of these injuries occurred during fire suppression efforts within the first fifteen minutes of the incident. Medics examined and treated the injured firefighters at the scene. They did not require transport to the emergency room.

Currently, the fire is under investigation, Ulrch said. It appears to be accidental in origin, however. Preliminary estimates of damage are about $200,000. The fire was under control within 20 minutes of firefighters arrival. The last firefighters cleared the scene at 4:45 p.m.

A total of 23 personnel were on the scene on the initial alarm. Ulrich asked for two additional fire engines to provide additional manpower on the scene.

Chambersburg electric, gas, and water departments assisted on the scene.