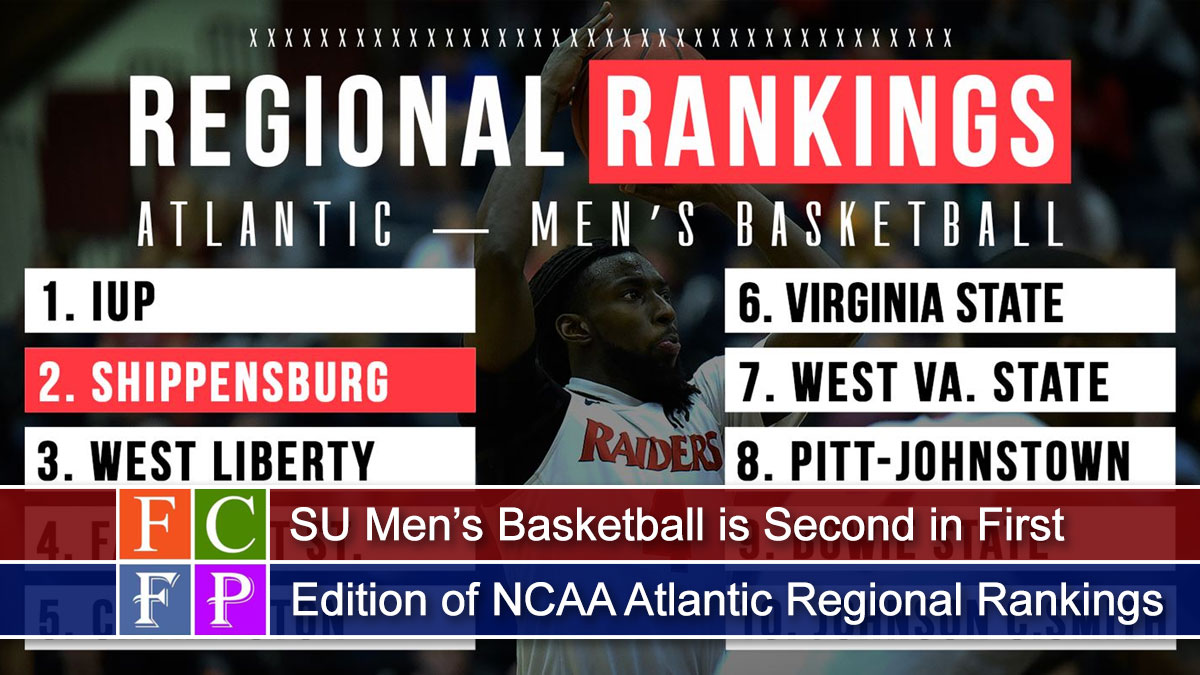 The NCAA regional rankings are used annually to determine the teams that qualify for the NCAA Division II Men’s Basketball Championships. Rankings are released each Wednesday afternoon leading up to the announcement of the tournament field, which is set for the evening of Sunday, March 8.

Shippensburg is in the Atlantic Region. The region is made up of all schools in the Pennsylvania State Athletic Conference (PSAC), Mountain East Conference (MEC) and the Central Intercollegiate Athletic Association (CIAA) along with independents Bluefield State and Salem.

The winners of each conference tournament receive automatic qualification into the NCAA Atlantic Region Championships. Five at-large selections will round out the eight-team regional tournament field.

PSAC teams comprise three of the 10 teams currently in the rankings, with IUP at No. 1 and Pitt-Johnstown at No. 8. The MEC features four teams (No. 3 West Liberty, No. 4 Fairmont State, No. 5 Charleston and No. 7 West Virginia State). The CIAA has three teams (No. 6 Virginia State, No. 9 Bowie State, No. 10 Johnson C. Smith).

Shippensburg has faced five of the other nine regionally-ranked teams this season, having defeated No. 1 IUP and No. 9 Bowie State and having lost to No. 4 Fairmont State, No. 6 Virginia State and No. 8 Pitt-Johnstown.

The regional rankings committees are tasked with assigning teams based on the following criteria, which shall be applied in no particular order per the NCAA Handbook:

Women’s Soccer Battles at No. 12 West Chester But Falls, 2-1