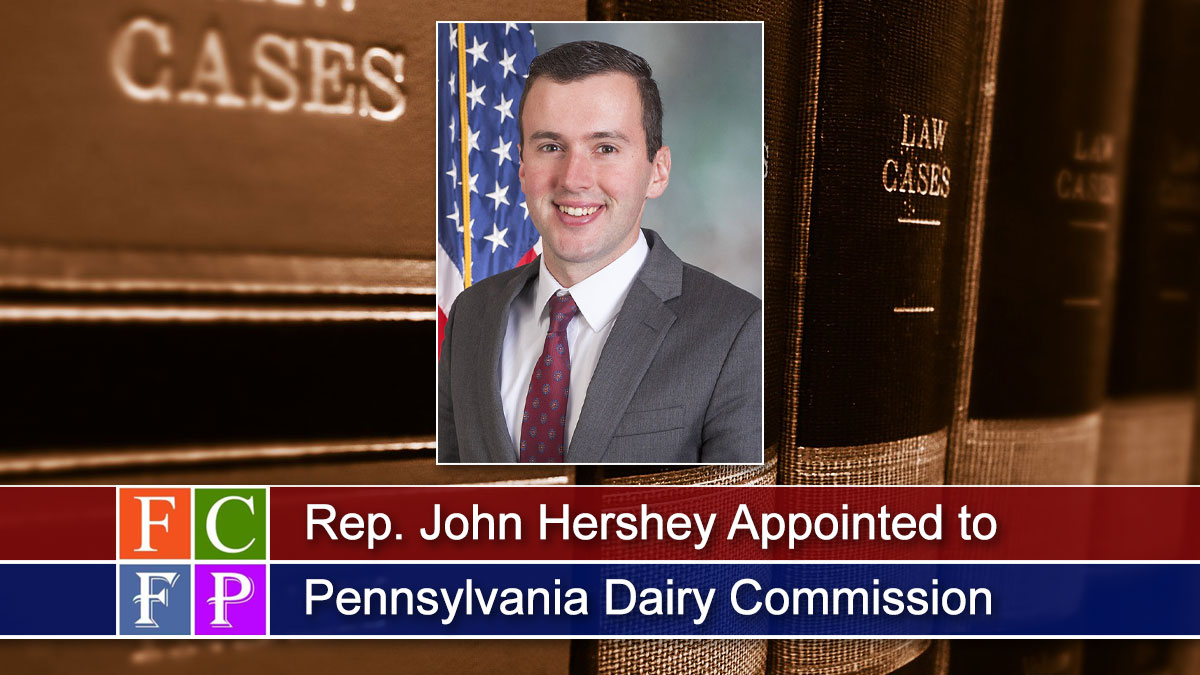 “I am honored to serve on the Dairy Future Commission, because dairy plays a critical role in the health of the 82nd district and our state as a whole,” Hershey said this week.

He vowed to do all he can to support the state’s dairy farmers.

The three counties (Mifflin/Juniata/Franklin) in the 82nd District all rank in the top 20 when Pennsylvania’s dairy production is ranked by county. Franklin County ranks second.

The new commission will review dairy processing production and marketing, current issues facing the industry, and regulations and government impacts.

“Some are at a macro level that the state cannot control, such as oversupply and international price controls,” he said.

He said others, such as high costs of production driven in part by slow permitting times and burdensome environmental regulations, are easier to fix on the state level.

“With the nation’s second largest amount of dairy farms, our state needs to do better in supporting these farmers,” he said.

The commission will develop a report of findings and recommendations for the industry within one year.

“I thank Speaker Turzai for trusting me to take on this role,” Hershey said. ” I’m happy I can join both Brett Reinford as well as Dina Zug from Mifflintown’s Zugstead Farms on this commission.”

Sen. Judy Ward (R-30) is also on the commission. She represents Blair, Fulton and parts of Cumberland, Franklin and Huntingdon Counties.

Hershey comes from a family with strong personal connections to the dairy industry. His extended family owns and operates a dairy farm in Chester County. His parents have connections to a farm equipment dealership, Hoober Inc., with 9 locations, including Mifflintown and Chambersburg.

He said his most important connection to the industry is the 89th District, however. The dairy industry is vital to the economies of all three counties, as well as the state, he said.

The commission faces an important task, Hershey said, and he is happy he will be part of finding solutions to some of the dairy industry’s problems.

According to the Pennsylvania Department of Agriculture, the Commonwealth has nearly 520,000 cows that produce more than 10.6 billion pounds of milk each year. The state ranks seventh nationally in total milk production.