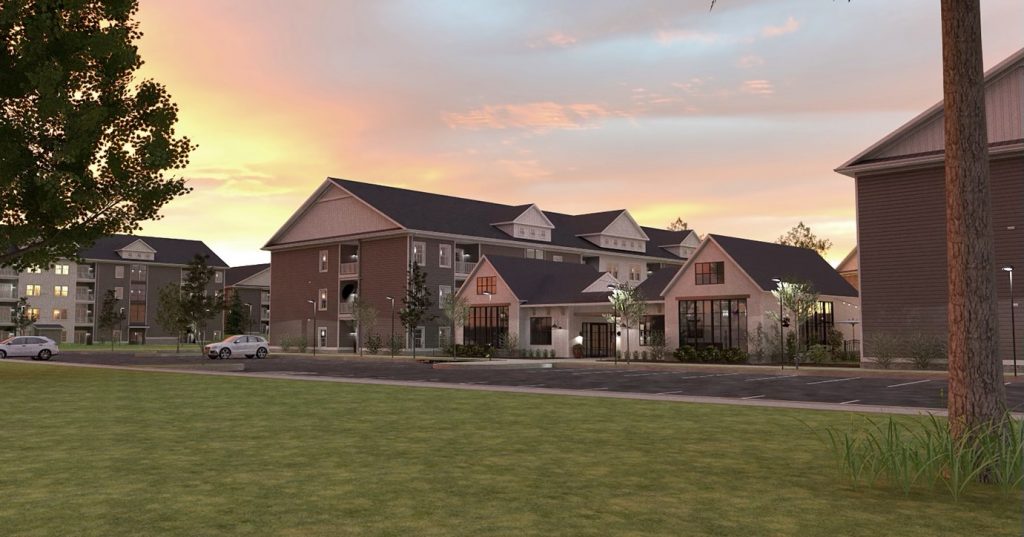 New housing units are in the works in the Greencastle area next year.

York based developers, Inch & Co. Development Group, will invest about $48 million to construct 300 market rate apartments at the intersection of State Route 16 and Interstate 81. The development will take place on approximately 30 acres in Antrim Township and Greencastle Borough, Franklin County.

In a project that would address the urgent need for housing in Franklin County, Joe Eisenhauer, Director of Acquisitions for Inch & Co., sees the rare alignment of public and private interests.

“We’ve been following the tremendous economic expansion of Franklin County and the I-81 corridor over the last few years,” Eisenhour said. “(We) see a situation where growth and opportunity will only be limited by the ability of those who want to live here to find a place to call home.”

Housing is a concern shared by local leaders and interest groups, including the Franklin County Area Development Corporation (FCADC).

According to FCADC, 5-7 million square feet of distribution space will be added in Antrim Township alone in the next few years. That will bring as many as new 6,000 jobs to the region.

“National employers have identified Franklin County as a regional hub,” said FCADC President Mike Ross. “We desperately need labor to fill the jobs and housing to keep up with growth.”

Franklin County is the 10th fastest growing County in Pennsylvania according to 2020 US Census data. It has grown by 4.2% and added more than 6,300 new residents over the last 10 years.

The plan includes an extension of Moss Spring Avenue to Route 16 in the initial concept, consistent with the Antrim Township Master Plan.

Eisenhauer touted the local benefits of a project of this scale.

“We provide amenities and a sense of space sufficient to give our residents a state-of-the-art onsite living environment,” he said.

He called the plan’s pedestrian connectivity and location on the periphery of downtown Greencastle “a tremendous investment in local small business as well.”

“We’ve built developments like this in communities throughout the region,” CEO Jeff Inch said. “(We) pride ourselves on blending into the local area and being good neighbors.”

He said the nature of housing has changed.

“Our residents, in many respects, could easily afford their own home but chose not to. Maybe they’re retired, or looking for maintenance free living; but they’re predominantly single individuals or couples.”

He said his firm has found the impact on schools, traditionally a big concern, “shockingly low, compared to public perception.”

Inch & Co. recently completed a 172 unit multi-family community in Marietta, Lancaster County. The firm is currently constructing a 120 unit project in Hampden Township, Cumberland County. Additionally, the company anticipates breaking ground on 170 units in Mt. Wolf, York County this fall and has close to 1,500 units moving through plan approvals throughout the region.

Inch & Co. is also part of a partnership to redevelop Fort Ritchie. That historic military base, located in Washington County, Maryland, closed in 1998.

Inch & Co. has assembled a design team of Frederick, Seibert & Associates, Inc. as civil engineer, and Traffic Planning & Design, Inc. as traffic engineer. The firm presented concept plans at the September meetings of the Antrim Township Planning Commission and Board of Supervisors.

The goal is to submit full land development plans by the end of the year. Groundbreaking should take place in the late fall of 2022.