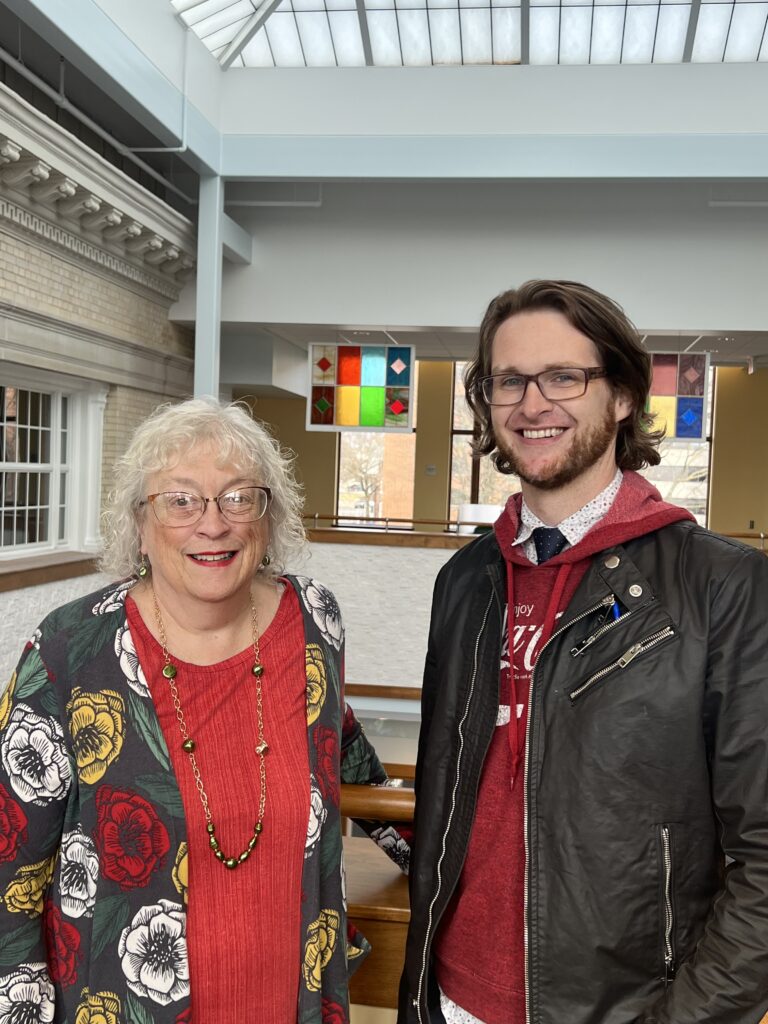 In addition to announcing new leadership, this week the Franklin County Library System has returned to full operating hours at all five of our branches.

In her tenure with public libraries, Crouse has been honored to oversee two large building
projects (Grove Family Library and Coyle Free Library), outfit three bookmobiles, and lead her
organization through the many changes in services and technology that libraries have
experienced in recent decades.

Crouse says, “It has been immensely rewarding to experience the heartwarming support of local
government officials, staff members, donors, and volunteers through all the wonderful things we
have accomplished.”

Andrew Vickers, who was chosen by the Franklin County Library System’s board of directors,
will officially begin in his new role as Executive Director on March 17, 2022.

Vickers was born and raised in Georgia and comes to FCLS from the Coastal Plain Regional
Library System in Fitzgerald, Georgia. Vickers earned the Master of Library and Information
Science from Valdosta State University and has worked in public libraries for the past twelve
years.

Vickers says that he is “extremely excited to be here and be a part of the Franklin County Library
System and this community…I already feel at home.”

Notes of thanks to Bernice Crouse can be mailed to FCLS, 101 Ragged Edge Road S.,
Chambersburg, PA 17202 or emailed to bdcrouse@fclspa.org. Donations to the FCLS in
Bernice’s honor may be sent to the address above as well. Please indicate that the donation is in
her honor so that your gift can be properly acknowledged.