Debate compromise: News Talk looking for a yes from Shapiro for Debate 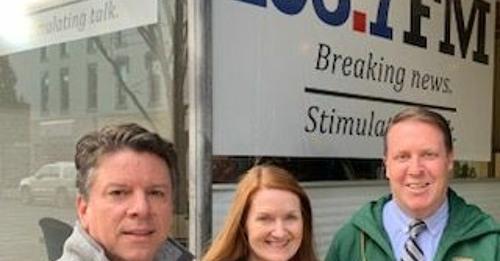 A local media outlet is offering gubernatorial candidates a compromise to a live face-to-face debate before November’s general election.

With the back-and-forth going on in terms of a debate between the two candidates for  Governor of Pennsylvania, NewsTalk 103.7FM, a local radio station, offered a compromise.

The candidates will answer the questions at separate times, and neither will know the questions ahead of time. The answers will be recorded and broadcast to listeners and constituents the following week.

Mastriano has already agreed to the question-and-answer  session.  The  radio  station  is  waiting  on  a reply from Shapiro.

The Q&A coincides with Shapiro’s appearance in Franklin County this Saturday — indeed, the Democratic headquarters in Chambersburg is two store fronts down from the radio station, about 25 steps.

“This seems like a reasonable compromise to the issues with the debate,” said Pat Ryan, Vice President of Magnum Broadcasting, the parent company of NewsTalk 103.7FM. “This is a simple independent Q & A.  It’s five questions. The same questions to both candidates. If you really do care about getting your  message across to the people, let’s get the answers.”

Spanish translation would be provided

​PLUS, a full translation in Spanish for the company’s Hispanic-Christian internet radio brand –

fit into their schedules.

“You want something catered?” Ryan asked. “You need lunch? I’ll take care of that as well. We’ll handle it  all for you, but I need a yes.”