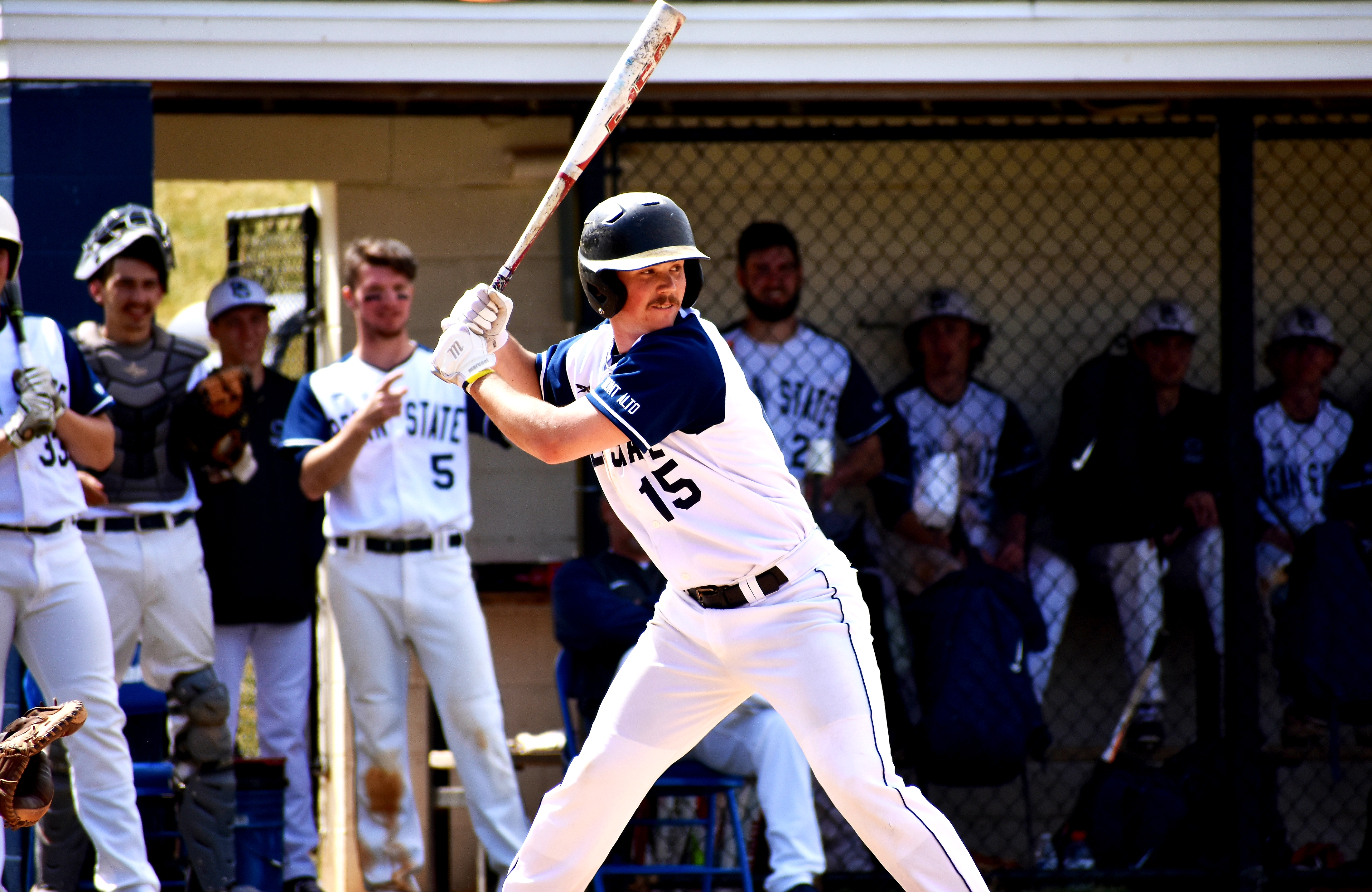 NEW KENSINGTON – Penn State Mont Alto completed the three-game season sweep of Penn State New Kensington as the Lions won on the road Tuesday afternoon to improve to 12-11 overall and 5-1 within the PSUAC.

Mont Alto won in seven innings as they managed the 11-0 shutout.

Steiger worked a 1-2-3 bottom of the first inning as PSUMA was the first team to score in the top of the second inning. Hunter Martin (Hagerstown, Md. / North Hagerstown)began the frame with a base hit, stole second and scored on a double steal in which a New Kensington error occurred. AJ Millar (Harrisburg, Pa. / Central Dauphin) gave his team the 2-0 lead when he drove in Chayse Fisher (Mercersburg, Pa. / James Buchanan) on a sacrifice fly.

Millar added to the Mont Alto lead in the third inning when he drove in Martin with an RBI single to left center field. Caleb Leggett (Williamsport, Md. / Williamsport) recorded his sixth RBI of the season within the inning and Chance McClure (Chambersburg, Pa. / Chambersburg Area) drew a bases loaded walk that made it 8-0 in the fourth.

Up next for Mont Alto is a trip to Virginia where they will face Christendom College on Wednesday, April 3 for a doubleheader. Game times are slated for 5 p.m. and 7 p.m.

October 23, 2019
Thanks for subscribing! Please check your email for further instructions.