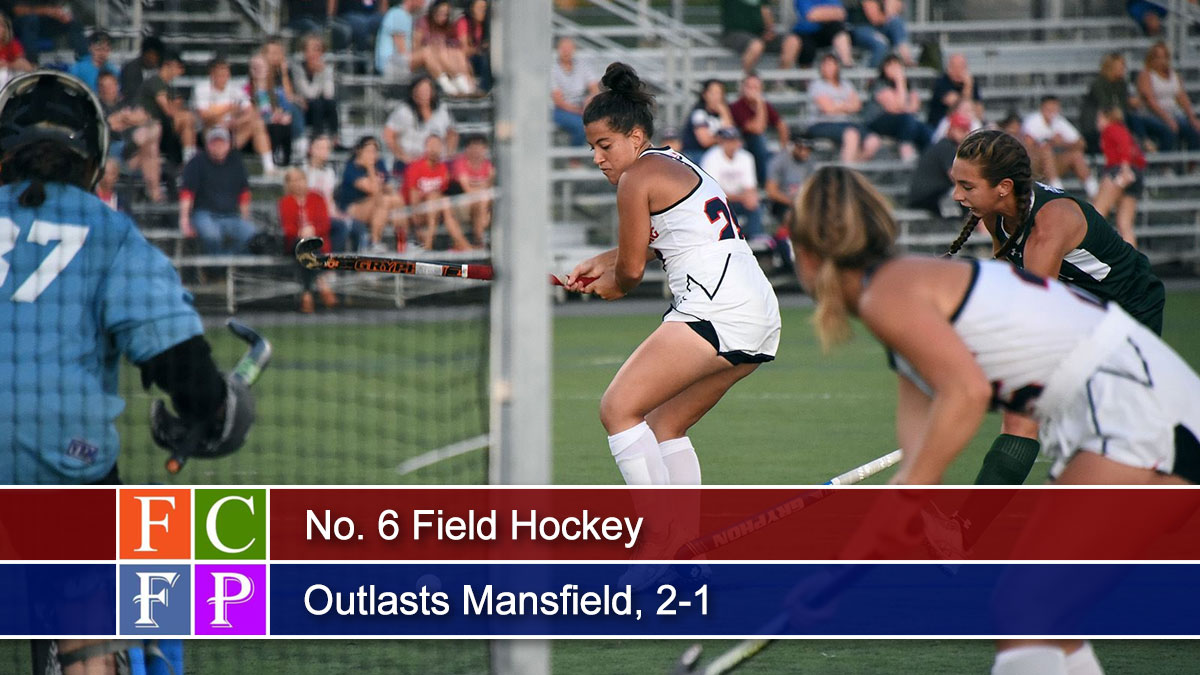 MANSFIELD (Oct. 6, 2019) — The No. 6-ranked Shippensburg University field hockey team scored a pair of goals in the first nine minutes of play Saturday that proved to be the difference in a 2-1 victory at Mansfield on a cool evening at Van Norman Field. The Red Raiders were on the road for Pennsylvania State Athletic Conference (PSAC) play.

Shippensburg (5-4, 2-1 PSAC) scored in the first minute of play off a penalty corner when junior Emily Stauffer knocked home a shot by junior Jazmin Petrantonio. Petrantonio’s shot had hit the crossbar.

Eight minutes later, Petrantonio was tripped up by Mansfield goalkeeper Brittany Ryan as she made a move toward the goal. SU was awarded a stroke and Petrantonio converted with a shot into the lower-left of the frame. It marked her 13th tally of the season and put the score 2-0 in favor of the Raiders.

Mansfield (7-3, 1-1) hung tight with Shippensburg all game long, getting within 2-1 less than two minutes into the third quarter by scoring off a penalty corner. Through three quarters, shots-on-goal remained close (9-6 in SU’s favor).

Ryan totaled 19 saves for the Mountaineers. SU finished with a 21-6 advantage in shots on goal and a 13-4 edge in penalty corners.

Redshirt-sophomore Megan Lay made five saves in the victory. It is the fourth time this season Lay has finished with five or more saves.

Shippensburg has another big match in store Tuesday, as the Raiders travel to face nationally-ranked Millersville from the Biemesderfer.

May 24, 2020
Thanks for subscribing! Please check your email for further instructions.