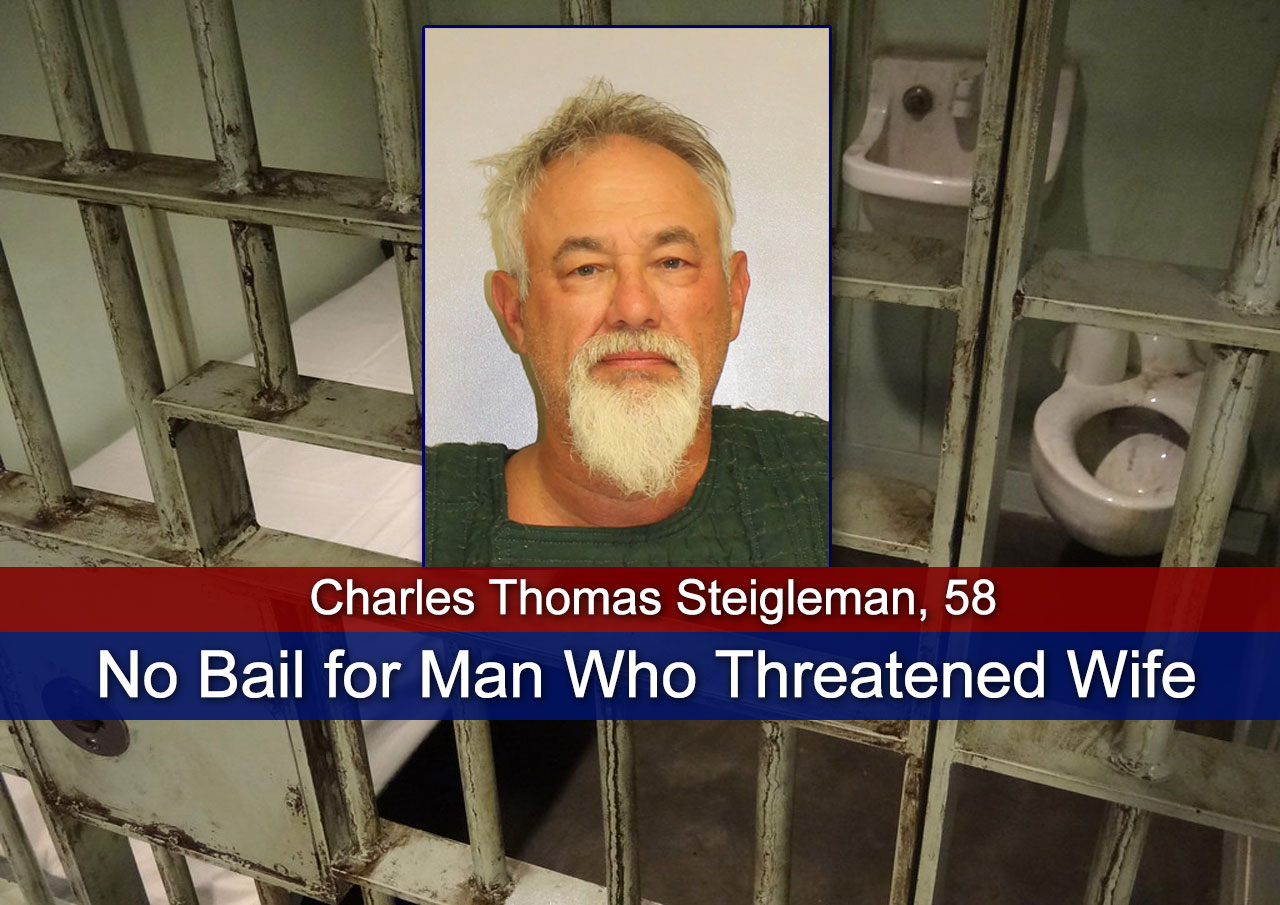 CHAMBERSBURG — A local judge denied bail to a man who threatened to knock his wife’s head off with a golf club then dared responding Pennsylvania State Police troopers to shoot him.

Police were called to the home at 8:57 p.m. Saturday for a welfare check. When the first trooper arrived at the home, Steigleman was outside. He ran inside, saying he was going to get his gun, according to court documents.

As other troopers arrived and set up a perimeter around the house, Steigleman came back outside, took off his shirt and pointed to his chest, telling the officers to shoot him.

Instead, they tased him after he refused to obey commands to lay on the ground, the arresting officer said in an affidavit filed in the case.

While still at the scene, police said Steigleman’s wife told them her husband had arrived home “highly intoxicated” that night.

He told her to leave and first slapped her when she refused, then threatened her with a golf club, according to the affidavit.

Under questioning at the police barracks, Steigleman admitted to slapping his wife and taking golf clubs out of a golf bag but said he threw them over his shoulder onto the floor.

He also admitted to telling his wife “I hope you die” and telling police to leave or “I will kill you all.”

He is charged with making terroristic threats, resisting arrest and harassment. Police also charged him with possession of drug paraphernalia after police found a pot pipe on him when they searched him after he was taken into custody.

Steigleman’s preliminary hearing is set for 1 p.m. May 28 in Franklin County Central Court.