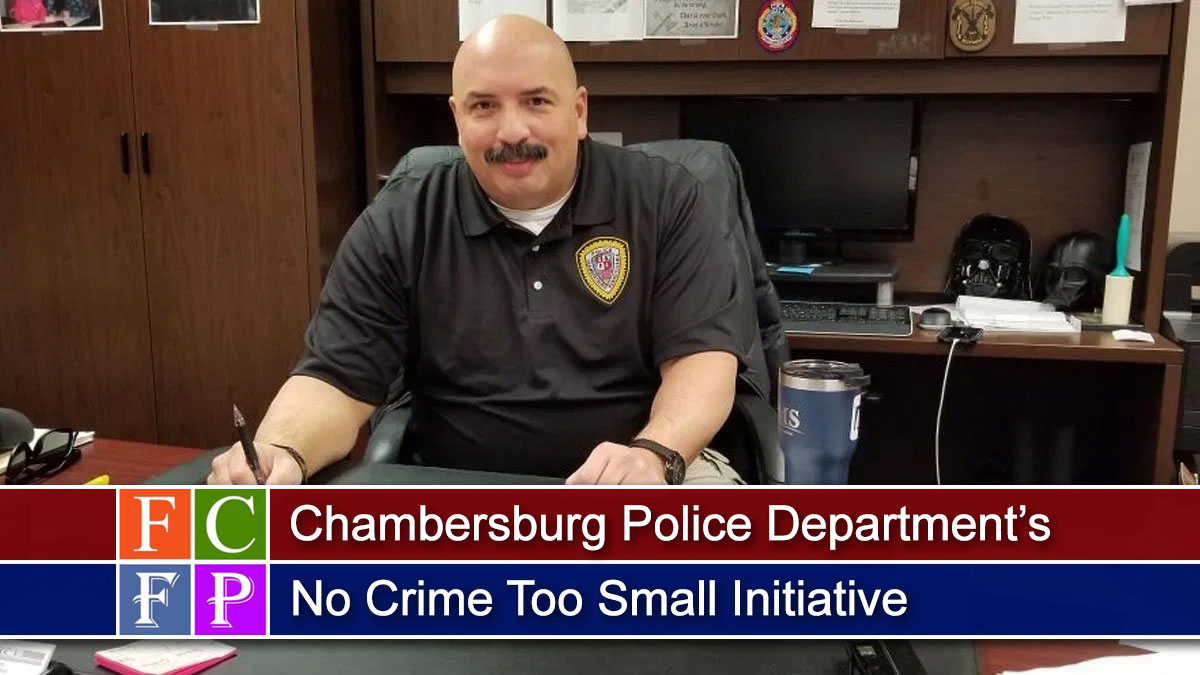 The Chambersburg Police Department recently rolled out a new initiative called “No Crime too Small.”

The philosophy behind this initiative is to have officers treat every call with a higher level of compassion and urgency.

“By providing maximum effort on each case, we intend to raise the level of service provided to the citizens of Chambersburg Borough,” said Chief Ron Comacho.

Doing that helps the department continue its mission of building trust with the community it protects and serves, the chief said.

“We take all crime seriously, and we want the public to know that,“ he said. “Every call is important.”

All crimes, large and small, get attention. Each is investigated, no matter the type of crime or the individuals involved, Camacho said.

A resident of the Borough received a phone call Friday from a person she believed to be Microsoft. Told her computer had viruses that needed to be removed, the resident gave the caller remote access to her computer. The caller then asked for payment in the form of (2) $250.00 Best Buy gift cards.

Camacho and his officers ask everybody to be aware of this scam. Do not provide any payment or transfer of funds over the phone. While not a new scam, this type of call happens frequently, both inside and outside the borough.

If you receive such a call, hang up immediately and contact your local Law Enforcement Agency to report the incident.

Another not too serious but still criminal incident happened at 6:23 p.m. Saturday in downtown Chambersburg. Police checked an event monitor and saw a large group of young men walking on South Main Street being rowdy.

As the group approached the front of Boost Mobile, one of them intentionally knocked over an ice sculpture. The group fled the area in various directions.

Police often look to the public for help in solving crime. In this case, images of the group were captured on surveillance cameras just prior to the time the sculpture was damaged. Now that police have the images, they ask the public to help identify individuals.

They want everyone to know they take the crime seriously and that no crime is too small to investigate. At the same time, they stress the individuals in the photos aren’t necessarily suspects. They might have information relevant to an ongoing police investigation, however.

If you believe you have information that can assist the police in identifying or locating the person responsible for damaging the ice sculpture, please submit a tip on CRIMEWATCH® or call the department at 717-264-4131.