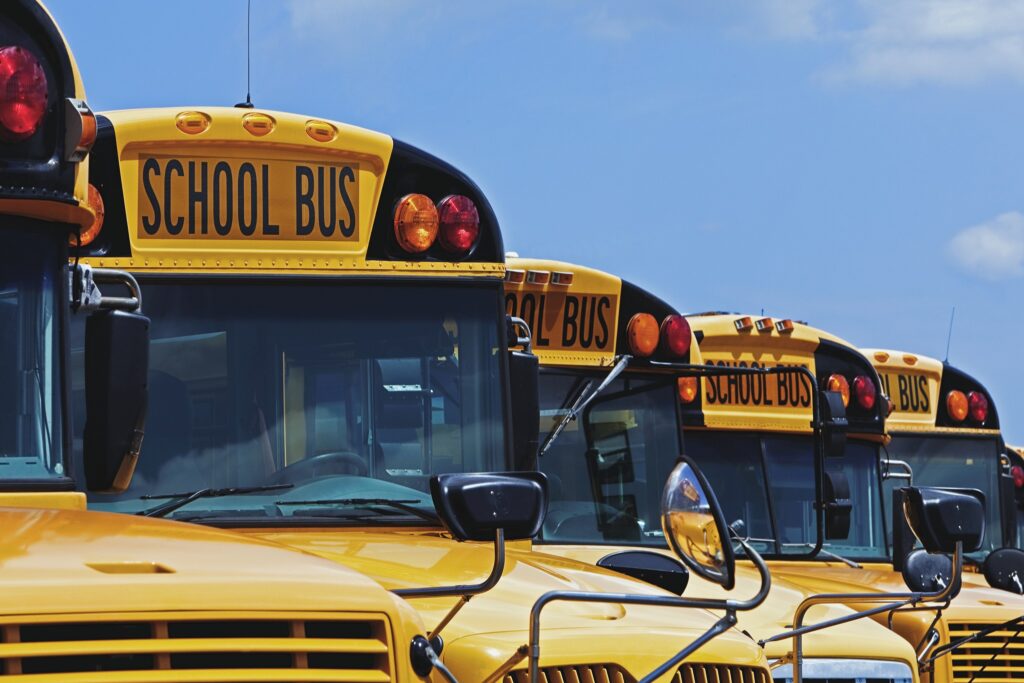 Children riding a school bus that crashed Monday afternoon in Cumberland County were quickly evacuated and taken from the scene, presumably by the school district. The bus was empty except for the driver when first responders arrived on the scene in West Pennsboro Township.

Pennsylvania State Police, Carlisle, said they did not know if any of the students were injured or not since they were taken from the scene before first responders arrived.

The two-vehicle crash happened at 4:03 p.m. Monday at the intersection of School House and Carlisle Roads. Police cited the bus driver in connection with the crash.

Police said the 72-passenger school bus, driven by Kimberly Gerberich, 32, Carlisle, pulled up to a stop sign on School House Road just after 4 p.m. Gerberich then turned left onto Carlisle Road into the path of a car driven by Sara Arbegast, 75, Carlisle.

Arbegast was eastbound on Carlisle, with her right turn signal on, police said. She did not turn at the intersection, however; and the bus hit her car.

Both drivers escaped injury in the crash, however.

In a crash on I-81 Monday afternoon, a Henryville man suffered minor injuries after his truck hit a PennDOT board at the side of the highway. Anthony Molyneaux, 40, was in the southbound right-hand lane at I-81 milemarker 52.2 when the crash happened, according to police. His truck left the roadway, going onto the right side shoulder, and hit the large sign, then traveled another 100 feet before coming to rest on the shoulder of the road.

Silver Spring Ambulance and Rescue took Molyneaux to UPMC hospital for treatment of his injuries.