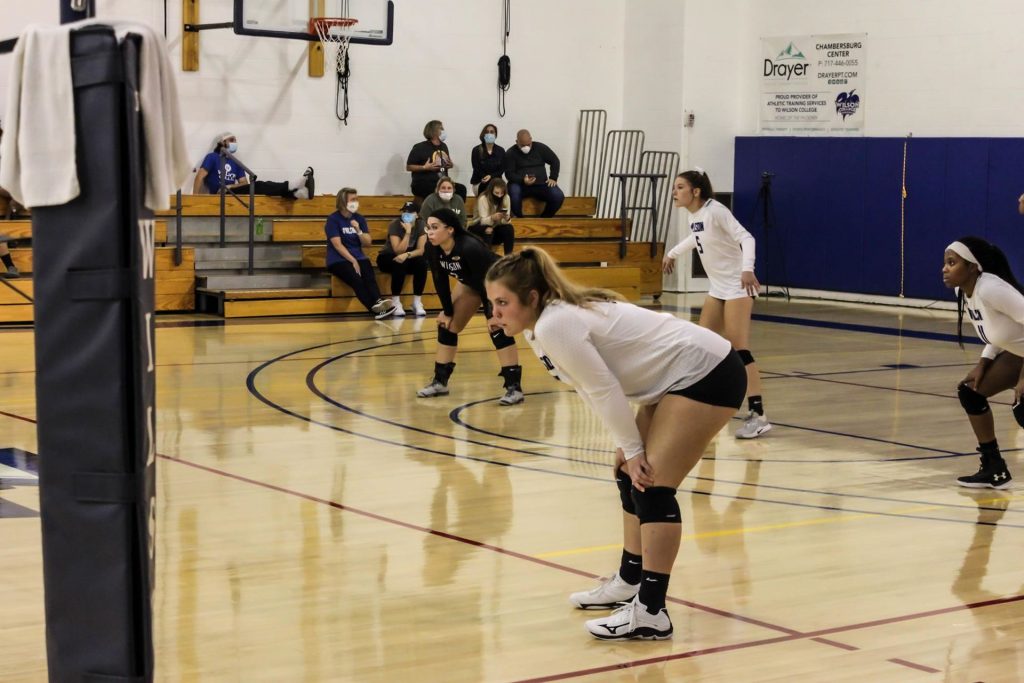 Wilson took the first two points in the first set, but Notre Dame followed that up with a 10-1 run that put them in front, 10-3.

Wilson continued to fight, but the Gators took the first set by a score of 25-20.

In the second set, both teams continued to battle. Notre Dame took the lead first, but Wilson rallied back and evened things up at 6. Later in the set, with things tied at 11, the Phoenix started a run that extended their lead to 16-13. The Gators then started a run of their own that flipped the score and put them back on top, 22-16. They took the second set by a score of 25-17.

In the final set, Notre Dame took an early 7-1 lead before Wilson started to get things rolling. Freshman Deah Menedis (Reisterstown, MD, Franklin High) added on kill, set up by junior Elizabeth Vuxta (Elizabethtown, PA., Elizabethtown), followed by another kill from Eigen-Zucchi. Later in the set, after a 7-0 run from the Gators, Menedis broke up the run with a kill, followed by an ace from senior Tioleaoauli Posiulai (Waipahu, HI., University Laboratory School), and a kill from Eigen-Zucchi that added three more points. The Phoenix fought valiantly but Notre Dame would go on to take the final, 25-13.