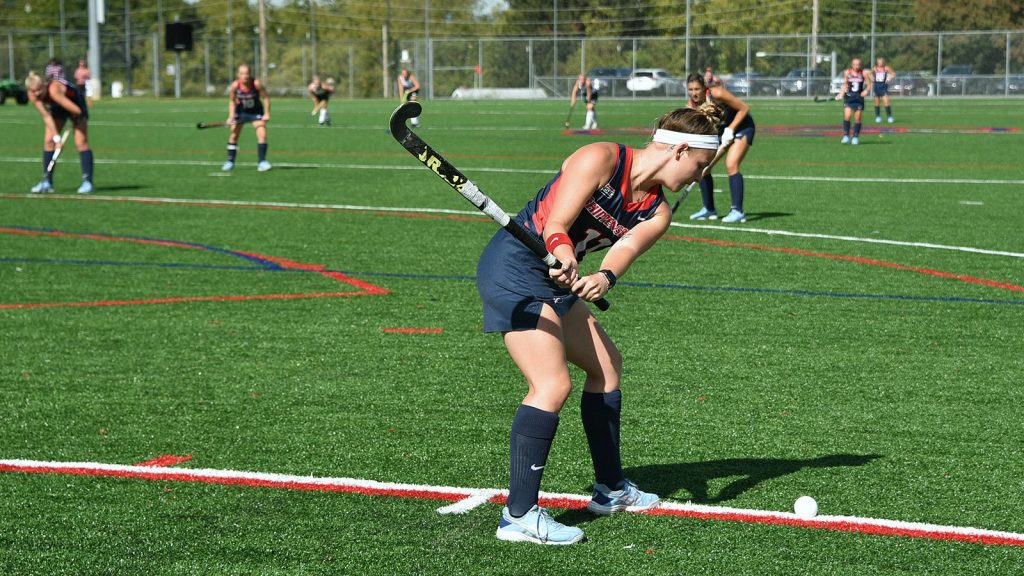 Eleven different players had at least one point in the victory.

In the first quarter, Petrantonio took the lead scoring off a penalty corner from graduate Caitlyn Wink (Princess Anne, Md./Delmar) just 45 seconds into the match. She applied pressure against the Griffin defender to score her second goal midway through the opening quarter. Senior Adrienne McGarrigle (Lititz, Pa./Warwick) was credited with an assist. With five seconds left in the first quarter, Kemp scored off a rebound shot from freshman Paige Graber (Oley, Pa./Oley Valley).

The Raiders continued the offensive momentum into the start of the second quarter. A penalty-corner goal by Petrantonio resulted in her fifth hat trick of the season. A tip-in by Wink made it 5-0, and with less than two minutes before halftime, Sluymer scored unassisted. Sluymer had assists on the first two goals of the quarter.

Two minutes into the third quarter, freshman Merel Hoekstra (Wassenaar, The Netherlands/Rijnlands Lyceum Wassenaar) scored her first collegiate goal off an assist from Petrantonio on a penalty corner. Petrantonio struck twice more, with the second assisted by Hoekstra off a penalty corner.

Number 1 ranked Shippensburg will travel to IUP at noon Sunday for another conference matchup.