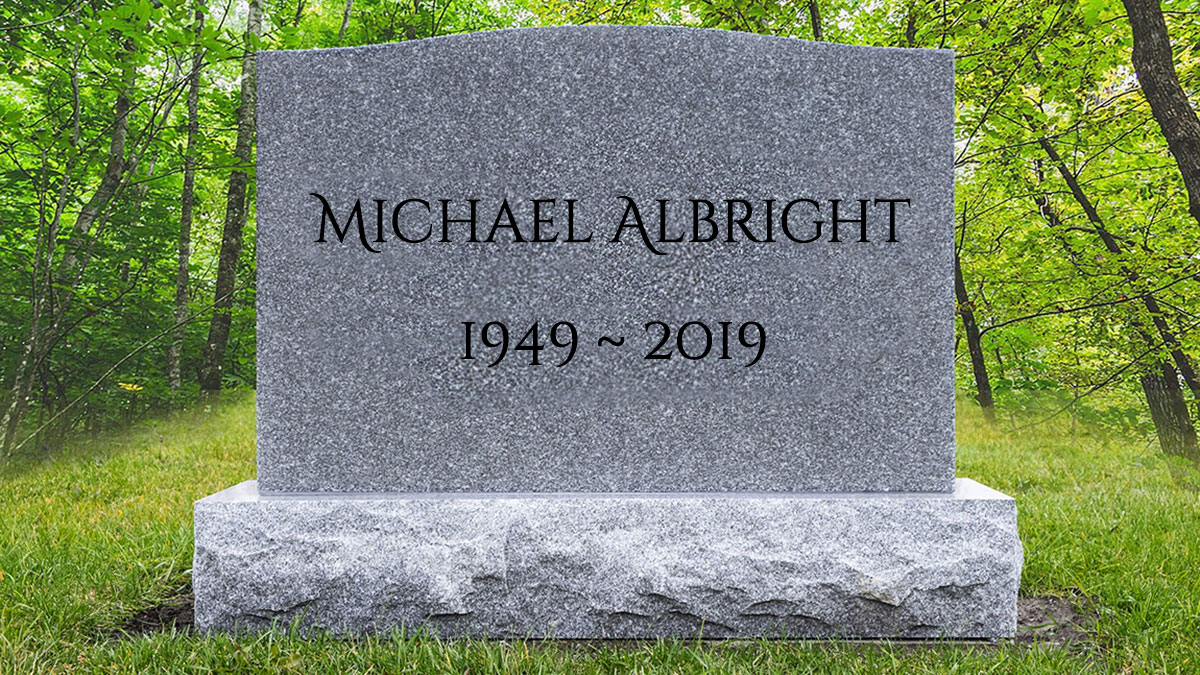 Michael Albright, 69, of Shippensburg, departed this life on the morning of Tuesday, June 25, 2019, at the Chambersburg Hospital.

He was born on September 24, 1949, a son of the late Edward and Esther Leona Hower Albright and was a 1968 graduate of Shippensburg Area High School.

Michael was a United States Air Force veteran of the Vietnam War, enlisting on March 24, 1969, and honorably discharged on March 20, 1973.  He retired from Letterkenny Army Depot, where he worked as a forklift operator.

Michael was a simple man who looked forward to hanging out with his family and friends and enjoyed his daily walk around his neighborhood.

He is survived by one son, Tony E. Albright and his fiancé Amy Kimple of Shippensburg; six grandchildren; one brother, Edward L. Albright of Cosgatos, CA; two sisters, Kathryn E. Noll of Greencastle and Shirley A. Runkle of York; and numerous nieces and nephews.

In addition to his parents Michael was preceded in death by a step-daughter, Nichol E. Minardo; and one sister, Esther Mae Geyer.

His funeral service will be held Wednesday, July 3, 2019, at 11 a.m. in the Fogelsanger-Bricker Funeral Home & Crematorium, Inc., Shippensburg.  Officiating will be Pastor Bruce Levy. Interment, with military honors conducted by the Oscar M. Hykes American Legion Post # 223, Shippensburg, will follow in Parklawns Memorial Gardens.  A viewing will be held one hour prior to the services on Wednesday in the funeral home.

In lieu of flowers, memorial contributions may be made to the PA Wounded Warrior, Inc., at 1117 Country Club Road Camp Hill, PA 17011.

Staff Report - May 29, 2020 0
The killing of George Floyd is an especially painful reminder of how far we have yet to travel as a nation to find peace and equality — because this could be anywhere in America.