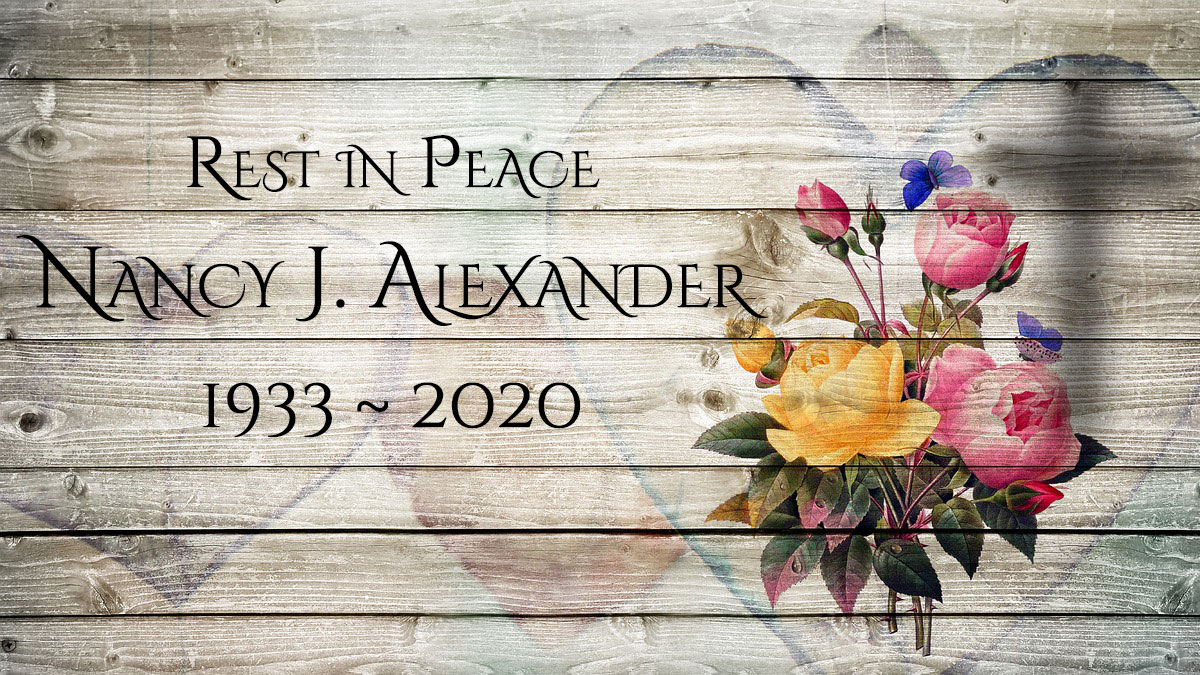 Nancy J. Alexander, 86, of Newburg, departed this life on the afternoon of Friday, February, 21, 2020, at Green Ridge Village, Newville.

She was born on October 5, 1933, in Newburg, a daughter of the late Joseph H. and Grace E. (Shuman) Hoover and married Ronald S. Alexander on June 3, 1954 who she met while working at Howard Johnson’s at the Blue Mountain rest area on the PA turnpike.  He preceded her in death on February 14, 2009.

Nancy was a homemaker throughout her life and also worked as a manager of Eleanor’s, a women’s clothing store, when she lived in Vienna, VA.

She was a member of the Hopewell United Methodist Church in Newburg (McKinney).  Nancy was also a member of the Newburg-Hopewell Volunteer Fire Company Auxiliary, in which she spent countless hours helping to support and fundraise.  She was known as a wonderful cook, enjoyed gardening, and canning all kinds of foods. In her free time Nancy enjoyed quilting, bowling, playing cards, and shopping for fashionable clothing.

In addition to her parents and husband, Nancy was preceded in death by one son and daughter-in-law, Frank Alexander and wife Sarah (Cox); three brothers, Rodney, Jay, & Philip Hoover; her brother-in-law, Richard Lauver; and two sisters-in-law, Arlene (Holtry) Hoover and Joann (Nolan) Hoover.

Her memorial service will be held on Saturday, February 29, 2020 at 11:00 am at Otterbein United Methodist Church, 15634 Paxton Run Road, Newburg, PA.  Pastor Bruce Levy will officiate.  Interment will follow in the Otterbein Cemetery.  Visitation will be one hour prior to the service on Saturday at the church.