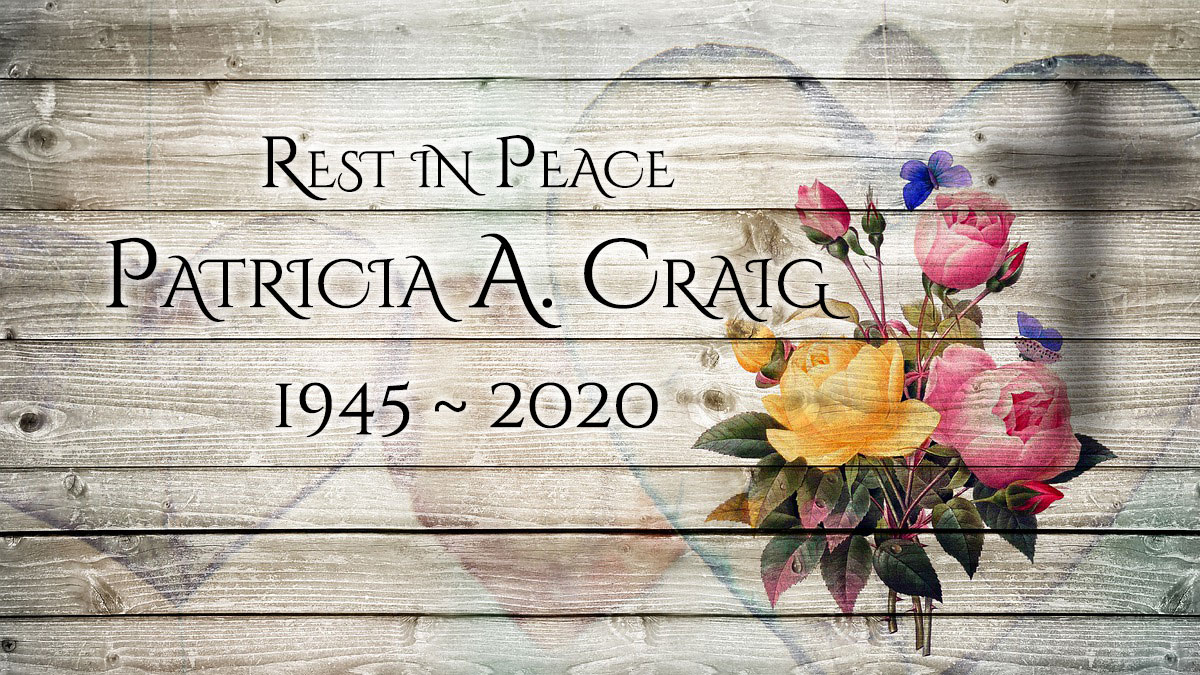 Patricia Ann Craig, 75, life-long resident of Shippensburg, departed this life on the morning of Friday, March 20, 2020, at the Chambersburg Hospital.

Patricia was a homemaker throughout her life, although in her younger years worked at the former Hoffman Mills, Hallmark Store, and Kmart.  She was a member of the Messiah United Methodist Church and the Durff-Kuhn V.F.W. Post #6168 Ladies Auxiliary.  In her free time, Patricia enjoyed playing bingo, bird watching, and camping.  She was a big fan of the Philadelphia Eagles.  The most important thing to Patricia was being able to spend time with her large family and care for Jake, her German Shepherd.

In addition to her parents and husband, Patricia was preceded in death by five sisters, Shirley Lindsay, Doris “Kate” Heberling, Juanita Burkett, Betty Exline, and Joann Duncan; and one brother, Patrick Gipe.

As a result of concerns regarding the recent COVID-19 pandemic, a private family-only viewing and funeral service will be held at the Fogelsanger-Bricker Funeral Home & Crematorium, Inc., Shippensburg.  Pastor J.R.  Wells will officiate.  Interment will follow in the Spring Hill Cemetery.

Memorial contributions may be made to the Durff-Kuhn V.F.W. Post #6168 Ladies Auxiliary.