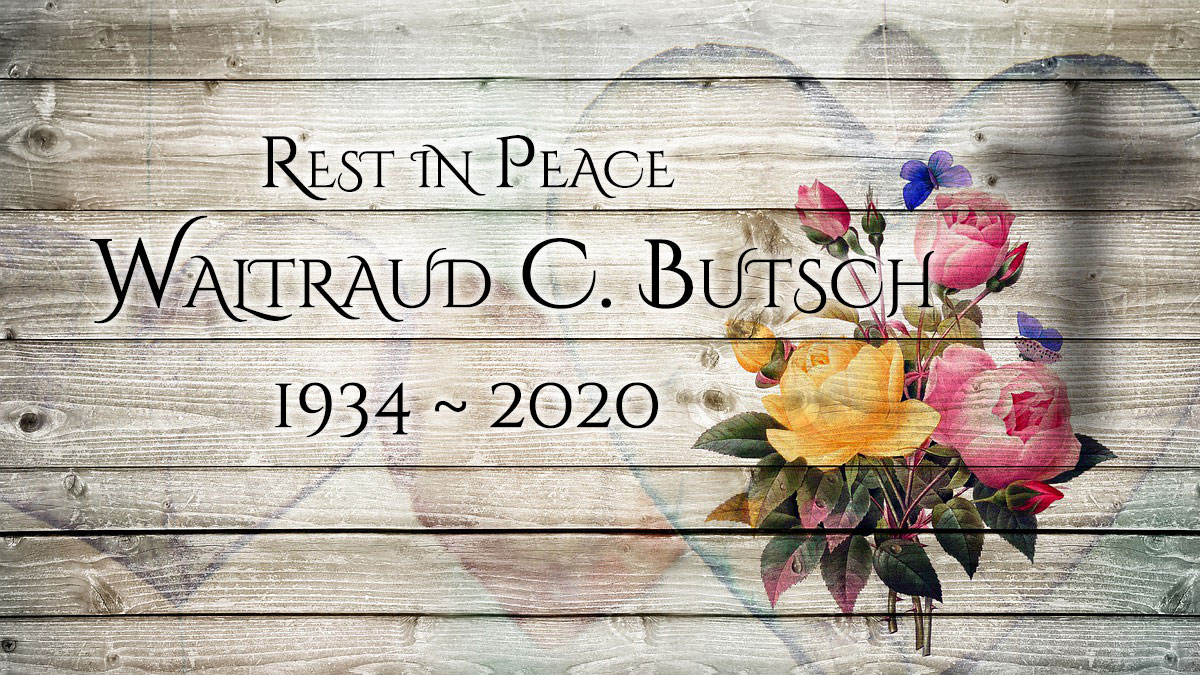 Waltraud C. Butsch, 85, of Chambersburg, Pennsylvania passed away March 21, 2020 at home with her family by her side. She was born on December 15, 1934 in Brieg, Germany to Adolf and Klara (Curth) Neuber.

She grew up in Germany during WWII and moved to America to attend college at Birmingham Southern College in Alabama. At that time she met David C. Butsch, and they married in 1956.

She is survived by her two daughters, April C. Butsch of Chambersburg and Heidi (wife of Arthur) Quintero of Richmond, TX and her son, David (husband of Cheryl) Butsch of Dallas, TX.

She was preceded in death by her husband and a daughter Sylvia Key.

Funeral services are private and at the convenience of the family. Online condolences may be expressed at www.kelsocorneliusfh.com.