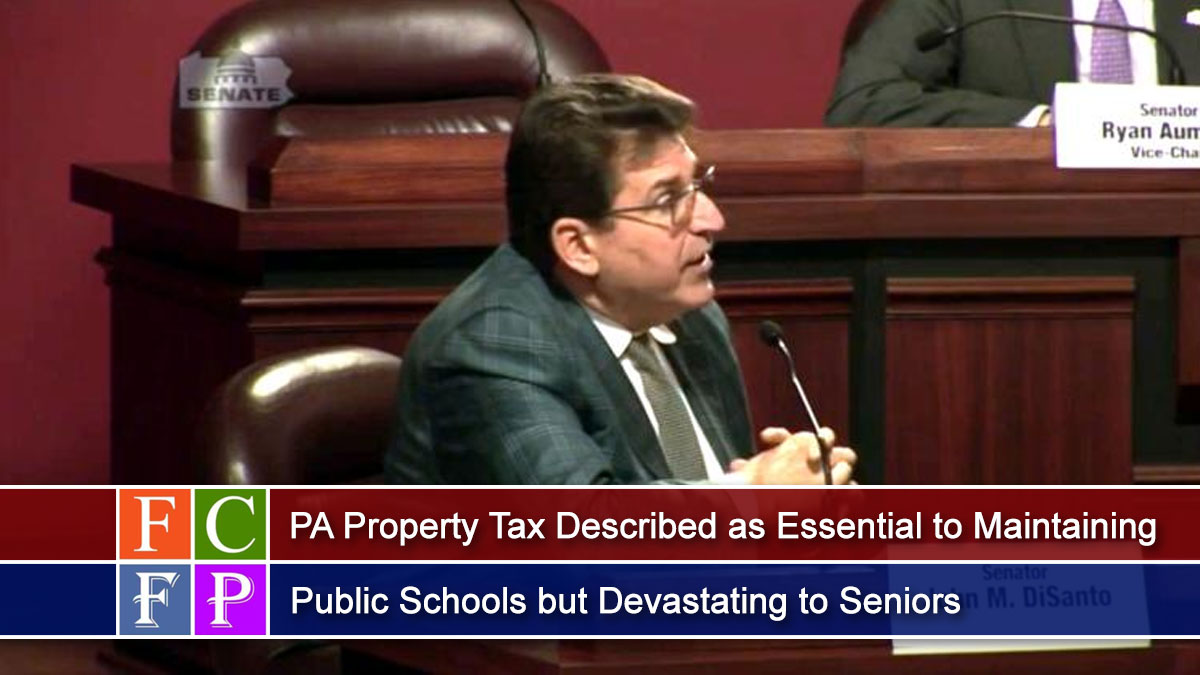 By Dave Fidlin | The Center Square

A proposal to eliminate school property taxes in Pennsylvania is being met with a chorus of different viewpoints. Legislators, representatives of disparate organizations and residents weighed in on the thorny topic.

The Pennsylvania Senate Majority Policy Committee held a public workshop to delve into a proposal to end the state’s long-held practice of having property owners pay taxes to a local school district.

Proponents of the measure point to rising property taxes, while opponents say its outright elimination would starve school districts across the state of an important financial resource.

“We pay and pay and pay. Who protects the seniors?” Donna Ellenberger of Watts Township said. “We need help, and we need people who can do their jobs.”

State Sen. John DiSanto, R-Dauphin, was one of five Republican lawmakers who hosted the workshop.

DiSanto offered sharp commentary of taxpayers’ increased contributions to public education, calling it a “regressive and unfair tax” and asserting school districts’ use of it “is out of control.”

Increasing the state income and sales tax, DiSanto said, would be a more viable solution to address funding challenges.

“I’m hoping this sends a strong message to the General Assembly,” DiSanto said of the forum.

Dean Klopp of the group PA Liberty Alliance was one of more than a half-dozen panelists who shared viewpoints on possible changes to state laws on school property taxes.

“There’s a fatal flaw in this system,” Klopp said.

But proponents of keeping the school property tax said there are legacy costs that require districts to make continued increases in the amount they are levying property owners.

Otto Voit III of the Pennsylvania School Boards Association said districts across the state have little local control. About 80 percent of a district’s budget, Voit said, is fixed costs to comply with state law.

Districts of all sizes also grapple with such requirements as legacy pension costs and contributions to charter schools. He called on lawmakers to consider changing the Pennsylvania tax code.

“It has to be kept up with the 21st Century economy,” Voit said of the tax code. “No one knows the unintended consequences of complete elimination of the school property tax.”

Christopher Dormer of the Norristown Area School District also served as a panelist at the workshop. Dormer called on lawmakers to take a broader look at the tax code.

“You have a system that perpetuates the haves and have-nots,” Dormer said of the code in its current condition.

AG Takes Game Commission to Task for Lack of Transparency

Kauffman Calls for Investigation of DOC, Board of Probation and Parole