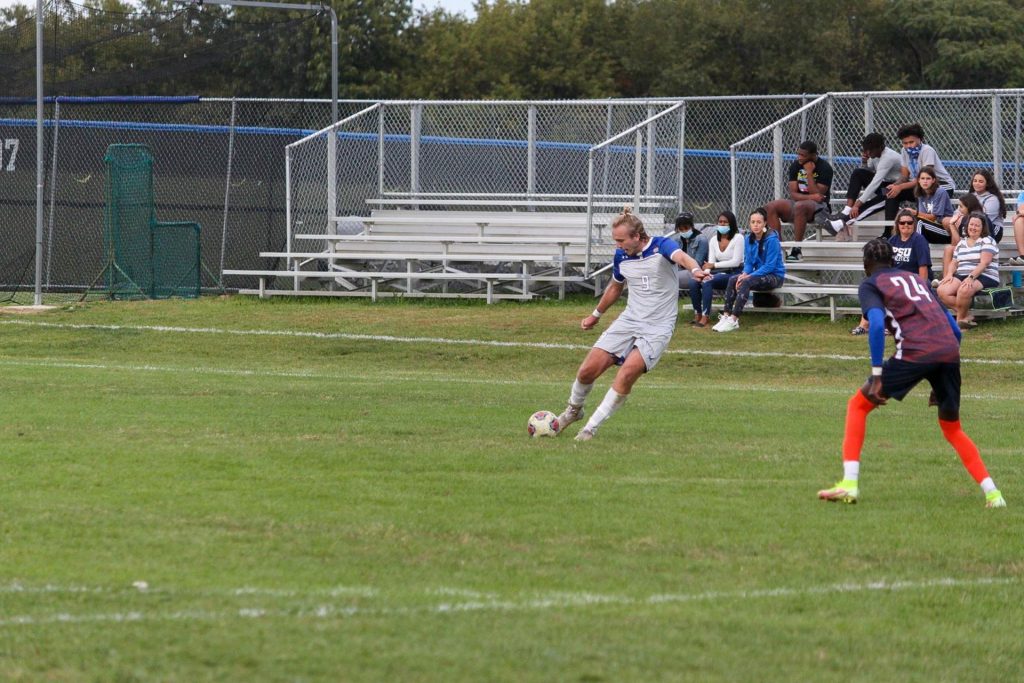 The Patriots of University of Valley Forge were defeated by Wilson’s Phoenix in a women’s soccer match Wednesday in Phoenixville.

About five minutes later, Wilson added their third goal off a shot from freshman Chloe Antalek (Wappingers Falls, NY, Beacon). About 10 minutes later the Phoenix started another offensive flurry, scoring five goals in a less than ten-minute span. That extended their lead to 8-0.

With less than two minutes left in the half, freshman Rachel Coulter (Woodbridge, VA, Gar-field) added another goal, giving Wilson a 9-0 lead at the half.

The Phoenix went on to score four more goals in the second half, giving them the 13-0 victory.