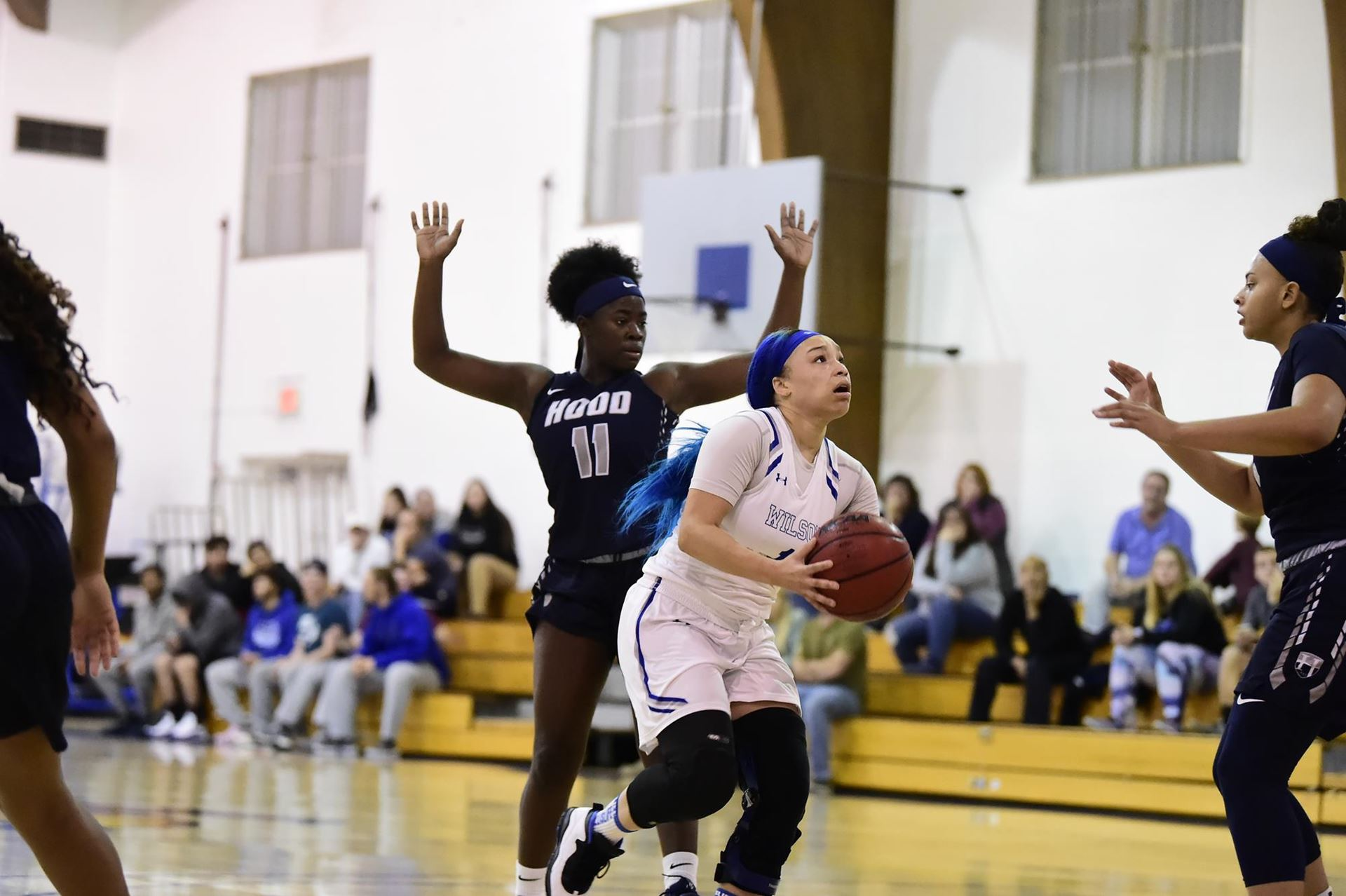 Valley Forge started the first quarter on an 18-2 run before freshman Samira Murphy (Virginia Beach, Va./Great Bridge Christian) connected on a layup in the paint. Soon after, sophomore Tioleaoauli Posiulai (Waipahu, HI./University Laboratory School) added two layups on consecutive possessions for Wilson as they entered the second quarter trailing by a score of 28-6.

In the second, the Phoenix jumped on an early 10-2 run. Freshman Ta’Niya Kees (Baltimore, Md./Our Lady of Mount Carmel School) started by making two foul shots. Murphy followed, also making two foul shots. Shortly after, senior Jordyn Day (Richmond, Va.,/Varina) added two back-to-back threes, bringing the score to 30-16 with just under 4 1/2 minutes left in the half. The Phoenix would enter halftime trailing by a score of 35-23.

Starting the third, Day added a jumper and two more threes that helped cut the deficit to just seven points. Wilson continued to roll as Murphy added three points the hard way, with an and-one layup, followed by made foul shots from Kees and freshman Jordan Yeager (Waynesboro, PA.,/Greencastle-Antrim) that cut the lead to six points with just over four minutes left in the quarter. This would spark an 11-4 run from the Patriots. They would head into the final quarter of play still in the lead, 54-41.

Murphy and Yeager both added points for the Phoenix to open the fourth. Soon after,  Posiulai and junior Michaela Singer (Annville, PA.,/Annville-Cleona) both added layups. Wilson could not overcome the early defect, going on to be defeated by a final score of 71-51.

The Phoenix finished the night shooting 30% from the field while their opponent finished shooting 33%. Day and Murphy led the charge for Wilson as they added 16 points and 11 points, respectively. Posiulai added a season-high of eight points and eight rebounds. Kees added six points and eight boards, while Singer and Yeager both added four points.

The women’s basketball team closes out the home portion of their schedule Wednesday when they host Rosemont at 6 p.m.

Staff Report - April 7, 2020 0
Getting out to enjoy nature is one of the few activities recommended for Pennsylvanians under Gov. Tom Wolf’s stay-at-home order to contain the pandemic.