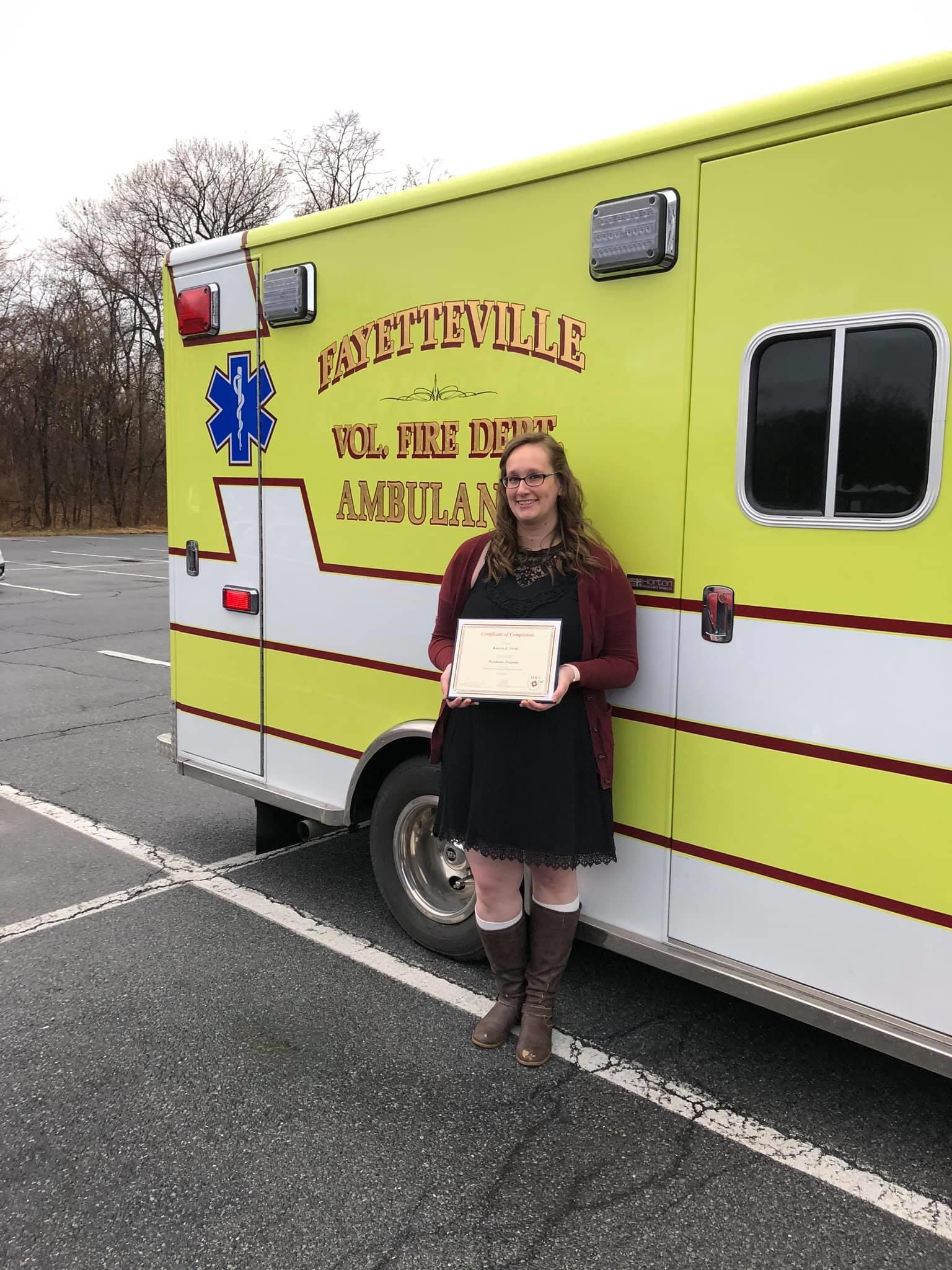 The Paycheck Protection Program, a facet of the Coronavirus Aid, Relief and Economic Security Act that passed last month, has been keeping local small businesses afloat during these troubled times.

The initial $350 billion funding for the loans went quickly. Soon the fund was exhausted, according to a press release by Sen. Pat Toomey. Congress approved another $300 billion for the program last week.

A press release by the Greater Chambersburg Chamber of Commerce said the PPP began taking loan applications again Monday. The Chamber urged small businesses that didn’t make the first round of funding to apply as soon as possible.

Mark Bumbaugh, president of the Fayetteville Volunteer Fire Department, said he was able to apply for a PPP loan with the help of Jenny Barrick, an accountant at Rotz and Stonesifer and Patrick Mulherin, a representative from M & T Bank.

The loan helped the department keep its EMS department running during a difficult time when it could do its normal fundraising.

“We are unable to have any fundraisers that we can have on a regular basis,” he said. “We have bingo Friday nights, and we had a Gun and Cash Bash scheduled here for the beginning of May.”

“Our carnival starts the last week of May, and runs all the way into the first week of June,” he said. “We already have over $30,000 worth of entertainment already invested. That’s probably not going to happen.”

Overall, the fire department has estimated losses of approximately $100,000 for April and May, not counting the carnival, Bumbaugh said.

“We have approximately 40 employees on the EMS side,” he said. “We staff ambulances, and we also staff an Advanced Life Support truck that services all around through the county here.”

Occupational Services Inc, a program that provides employment opportunities for those with disabilities, has also received funding through PPP.

“It took a couple of weeks,” she said. “We became aware of it, and had the application turned in within a week of hearing about the loan. We got the loan last week on the 22nd of April.”

The loan lets OSI pay its staff while services aren’t being provided, and that’s a big help, Mayo said.

“It allows us to pay for our staff, even though our clients aren’t attending the program,” she said. “With the clients not coming in, the work isn’t getting done. The staff is performing what the clients with disabilities would normally do to maintain the business relationships.”

OSI had no choice but to furlough most of its staff until the loan was received, Mayo said.

“Our staff has been very flexible,” she said. “They’re very pleased to have the opportunity to work, and they’ve been pretty positive through this difficult time.”

The community has impressed Bumbaugh, donating money and masks to the fire department during a difficult time.

“The community itself has reached out tremendously to us, making home-made masks — bringing food to the employees and volunteers,” he said. We can’t say enough to express our gratitude for all that. The churches too — it’s been tremendous — the outreach from the community, and we appreciate that.”

“Our volunteers have a lot of pride in the organization,” he said. “When things loosen up they’ll get back involved with the department. We’re certainly not going to quit.”

PPP loans provide a direct incentive for small businesses to keep their workers on the payroll. The federal Small Business Administration adinisters the program. A number of area banks, including M&T, handle the loans.

SBA will forgive loans as long as:

M&T Bank approved PPP $101 million in loans for 751 South-Central Pennsylvania small businesses. The money will help businesses in the region keep employees on their payrolls during the COVID-19 outbreak and resulting economic hardship.