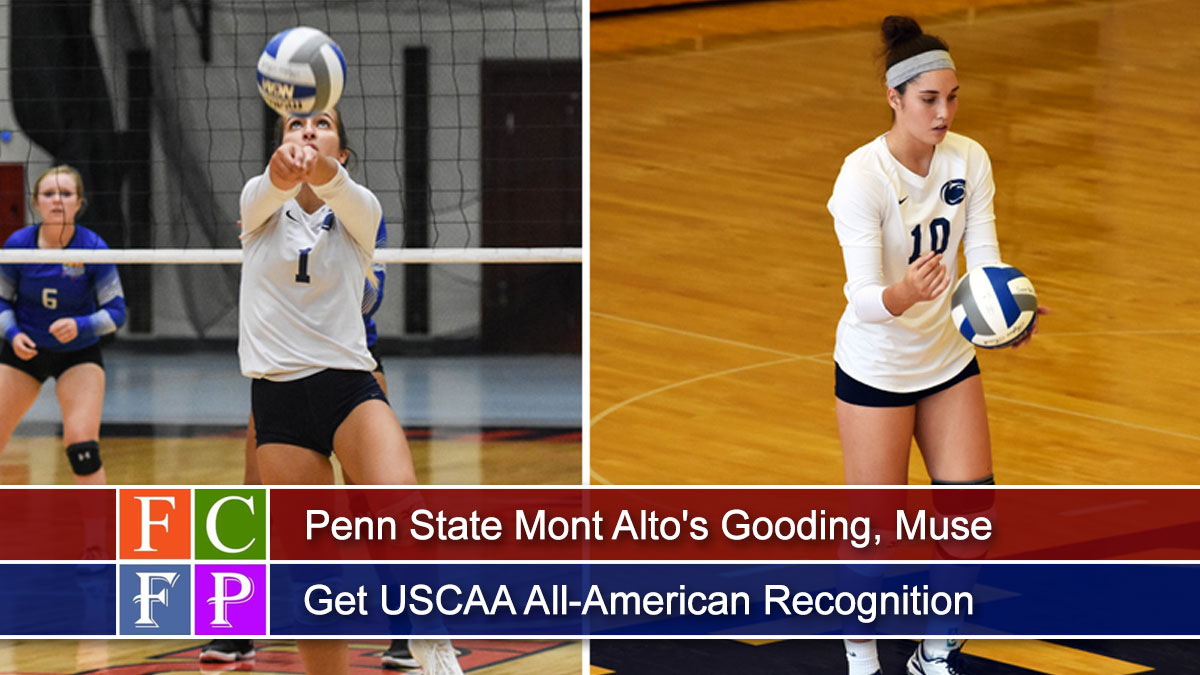 Muse registered the highest assist total on the team in each of her four years at Mont Alto. She totaled 441 helpers in 2019 including a season-high 30 against Beaver on Sept. 15, in one of three matches in which she collected at least 25 assists. The senior finished fourth on the team with 42 aces, fourth in digs with 208, while notching 16 kills. The Hagerstown, Md., the native will certainly go down as one of the most decorated setters in program history. She totaled 2,048 assists over the course of her four-year career, the most by any Mont Alto student-athletes in their career since 2011.

Kylee Gooding (Warriors Mark, Pa. / Tyrone Area) had an impressive debut season for the Nittany Lions. She seamlessly transitioned to the collegiate game finishing as the squad’s top hitter. Gooding racked up 350 kills, which ranked fourth within the entire USCAA. She averaged 3.61 kills per set and was no slouch defensively. She collected 329 digs, while her 36 blocks led the team. Arguably her best performance of the season came in the five-set victory over Penn State Brandywine on Sept. 29. The freshman finished with 21 kills, five aces and had 17 digs.

Penn State Mont Alto concluded their 2019 season with a 16-11 overall record. PSUMA ripped off two separate five-match win streaks and will return most of its starting lineup for the 2020 season.

October 1, 2019
Thanks for subscribing! Please check your email for further instructions.