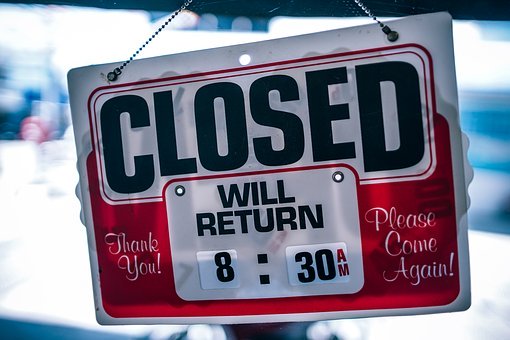 Ten Pennsylvania counties threatened to go rogue over the weekend and move into the state’s “yellow” zone. Franklin County Free Press reported Saturday that one county commissioner and all of its state legislators sent a letter to Gov. Tom Wolf saying they were going to move Franklin County into that phase Friday without the governor’s permission.

Officials from several counties across central Pennsylvania said over the weekend they will likely lift pandemic restrictions against Gov. Tom Wolf’s orders.

The news follows the governor’s decision Friday to transition 13 counties in the southwestern region of the state – including the Pittsburgh metro area – to the yellow phase of his economic reopening plan after showing signs of slowing community spread and ramped up testing and contact tracing abilities.

The yellow, or “caution” phase, means businesses can reopen if they practice social distancing and provide masks and other personal protective equipment for their employees. Day cares can resume operations, too, with infection control measures in place.

But some of the 30 counties still in the red phase – which includes widespread businesses closures and stay at home orders until at least June 4 – want out.

Officials in Adams, Berks, Cumberland, Dauphin, Franklin, Juniatia, Lebanon, Mifflin, Perry and Schuylkill counties have mentioned their various plans to move to the yellow phase without the governor’s permission.

“We need to do this right. There is a world of difference between action, and effective action; to be effective, it has to be legal,” said Cumberland County Commissioner Gary Eichelberger in a news release Saturday. “We understand the frustration of our business owners and residents, and we are extremely sympathetic to their plight.”

Some say Wolf has ‘ignored the data’

Sen. Doug Mastriano, R-Franklin, said his district stretches across four central Pennsylvania counties who want to begin reopening. That’s despite some falling short of the Department of Health’s guidelines for progressing into yellow. Notably, new case counts in many counties pushing to reopen total above the 50 per 100,000 residents metric.

“Over the past two months, the General Assembly has offered to work with the Governor to address ongoing issues, including safely reopening our state for business, fixing flaws within the business waiver program, and addressing backlogs with the Department of Labor & Industry,” Mastriano said, referencing the state’s botched response to soaring unemployment claims during the economic shut down. “We are all in this together, but the administration has refused to cooperate.”

Senate Majority Leader Jake Corman, R-Centre, backed calls for reopening in Mifflin and Juniata counties. He accused Wolf of “ignoring the data” to play politics instead. Total cases in each county total 52 and 93, respectively, with one death recorded in Juniata County as of Monday.

“Every reasonable measure indicates that our region absolutely should be progressing toward reopening,” Corman said. “People in this area want to get back to work and are capable of getting back to their lives safely. They need to be on the path toward yellow and ultimately green for a full reopening.”

“This is absurd,” Rep. Kerry Benninghoff, R-Centre, said. “Since the beginning, this governor has said ‘data’ and ‘science’ would direct his decision making. What happened? There is no data-driven justification for keeping Mifflin County closed. None.”

June 17, 2020
Thanks for subscribing! Please check your email for further instructions.