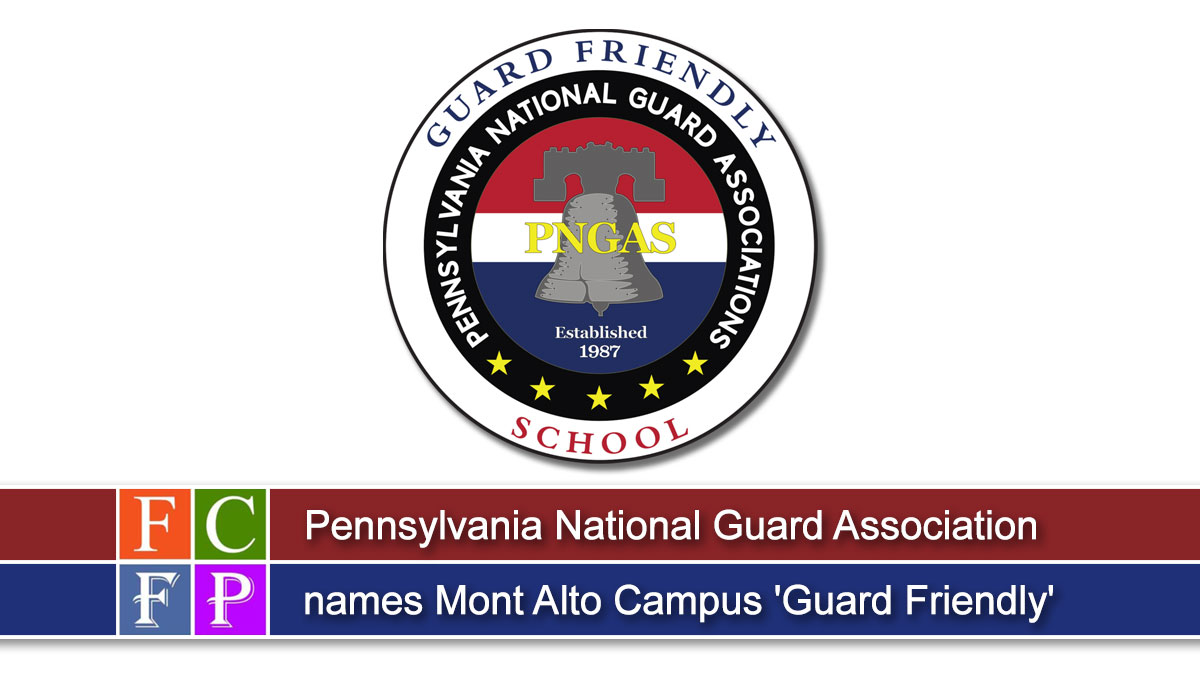 The University is one of 30 inaugural winners selected from more than 480 schools receiving Pennsylvania Higher Education Assistance Program Funds. It is and the only college recognized in Franklin County.

PSUMA fosters a community of veterans on its campus, and supports them through graduation and into rewarding careers and graduate programs.

PNGAS is the only organization dedicated to supporting the Pennsylvania National Guard and their families. There are 19,438 active members and more than 67,000 veterans. PNG recruits more than 2,300 new members each year to replace guard members who have either completed their commitments or retired. The PNGAS mission supports efforts to recruit, train and retain PNG members.

Other supporting evidence for the recognition include:

Mont Alto is a signatory of the Education Pillar of “Got Your 6,” the “8 Keys to Veterans’ Success.”

The school participates in the “Principles of Excellence” in recruiting and retaining veteran students.

Last year, Penn State Mont Alto placed third in the top 10 Gold Military Friendly Schools. It is in the category of “small public schools with less than 10,000 students” designated by Victory Media.