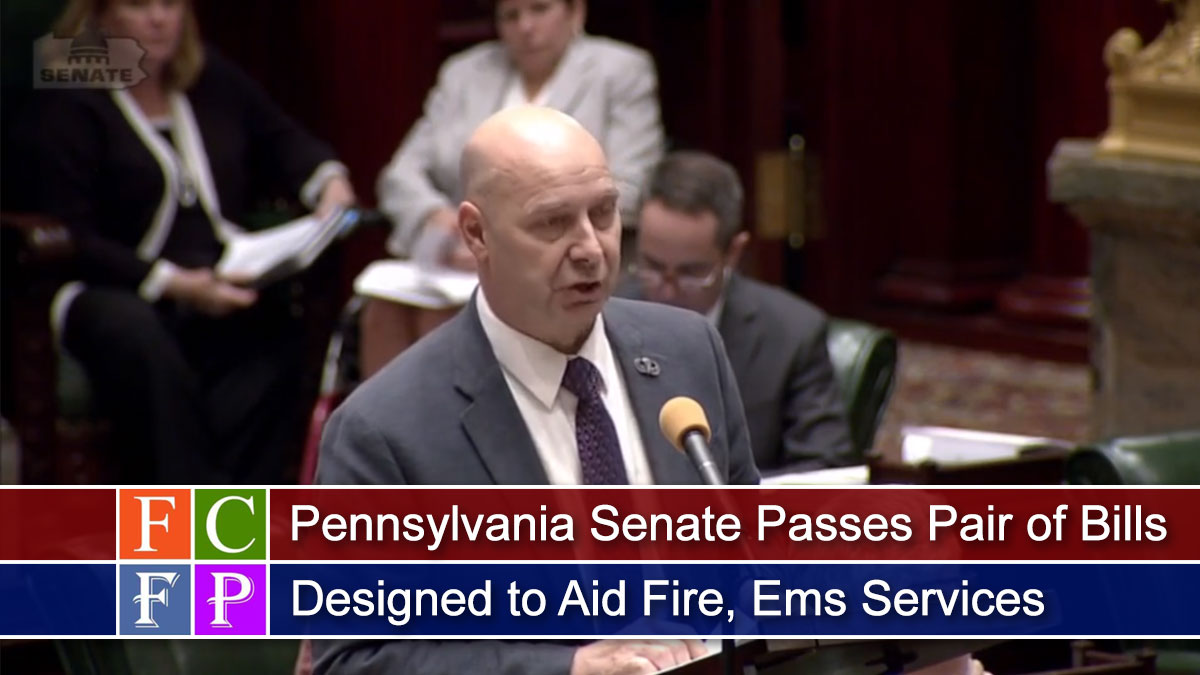 By Steve Bittenbender | The Center Square

Two bills designed to bolster fire and emergency services in Pennsylvania now head to the state House after senators passed them unanimously.

Senate Bill 908, sponsored by state Sen. Mike Regan, R-Carroll Township, would call for a voter referendum to expand a funding program for the state’s volunteer fire and emergency services companies to allow the state’s professional departments to take part.

That would enable 94 departments that have either fully paid staff or a combination of paid workers and volunteers to get funding for facility, vehicle and equipment upgrades. The money can also be used for recruiting and retaining personnel and to provide death benefits for active members.

The bill also would move oversight of the state’s Fire Relief Program from the auditor general to the state’s fire commissioner and expand allowable uses of program funding. Regan said the relief program was established before the current office of Fire Commissioner was, which is why it fell under the auspices of the auditor.

However, the auditor would continue to review any expenditures.

“These programs are extremely beneficial to our fire and EMS providers,” Regan said. “In 2018, $55.1 million was distributed to over 2,500 municipalities through the Fire Relief Program alone, so it is important we ensure full access and appropriate administration of them.”

In addition, the Senate cleared SB 910. Sponsored by state Sen. Doug Mastriano, R-Greene Township, the bill would reauthorize the state’s Fire and EMS Grant Program for another four years.

The $30 million grant program is set to end in June without the reauthorization. The bill requires fire departments make at least 15 calls a year in order to be eligible for grant funding.

It also requires the fire commissioner to post grant information online and present an annual report to both the House and Senate Veterans Affairs and Emergency Preparedness Committees. That report must include information on the number of departments notified about the program, the number that applied and the number that were approved for funding.

Mastriano said his bill incorporates several of the recommendations outlined by the Senate Resolution 6 Commission from 2018.

“Firefighters and first responders are on the front lines of public safety in our communities,” he said. “Reauthorizing this program is a way for the General Assembly to demonstrate that we recognize that the vehicles, equipment and training required to do this work properly is very expensive. Many of these fire companies are volunteer, and simply cannot bear the burden without this support.”

Staff Report - June 25, 2020 0
The PennDOT project In Hampton starts Monday, June 29, with Carlisle Pike reduced to a single lane at the intersection. Carlisle Pike’s southbound lane will be closed.

May 17, 2019
Thanks for subscribing! Please check your email for further instructions.