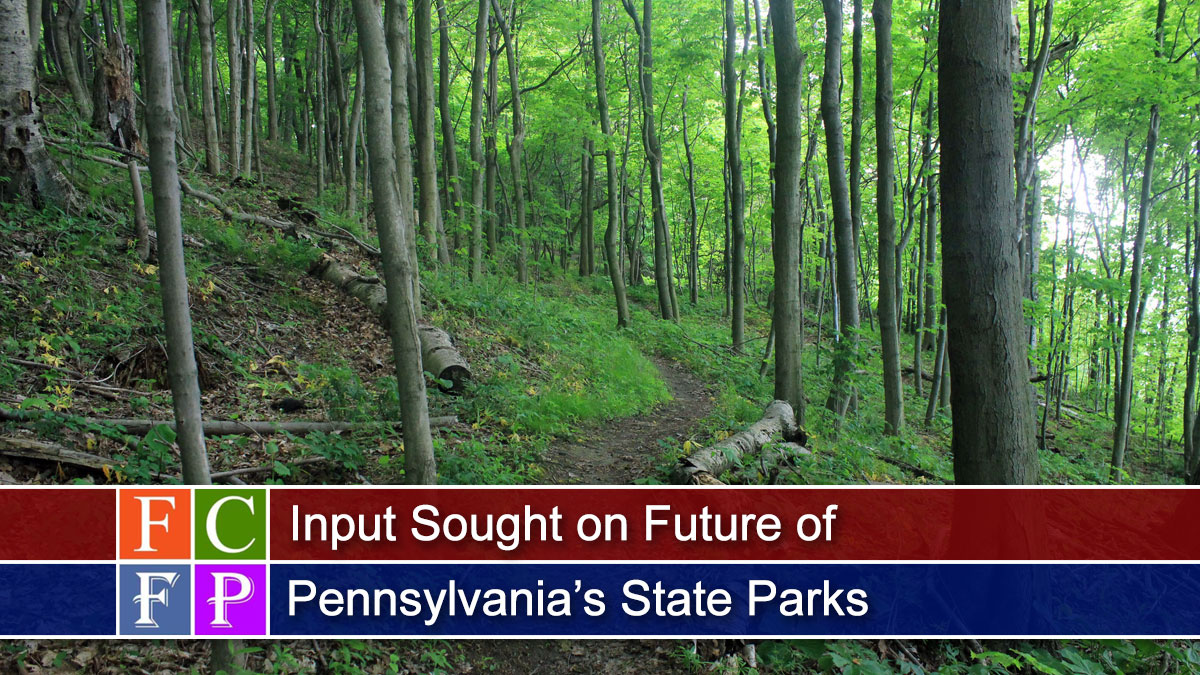 Department of Conservation and Natural Resources Secretary Cindy Adams Dunn has announced the release of a preliminary report gleaned from an extensive two-year survey seeking public input on the future of Pennsylvanian’s state parks.

“Commenting on everything from pets in campgrounds to trails and beaches, thousands commented on what they like, dislike and hope to see someday in their state parks,” Dunn said. “This information shaped recommendations that will help in the creation of a strategic plan to ensure the Pennsylvania state park system remains as relevant and valuable to future generations as it has been to current and past generations.”

In response to the release of the preliminary report, the Bureau of State Parks’ website now features downloadable information detailing survey findings. It also includes a public comment tool to address recommendations suggested as a result of this input. Also, Kings Gap Environmental Education Center and other parks across the state will be scheduling public meetings.

“As part of an effort to stimulate and encourage public input in this effort, I am requesting all park and park complex managers to schedule public informational meetings before mid-December of this year for Friends Groups, stakeholders, park visitors and the public,” said Bureau of State Parks Director John Hallas. “This will provide an excellent opportunity to learn more about the preliminary report and how to provide comments through the bureau’s website.”

Recommendations in this “Penn’s Parks for All” report address:

A summary of results from the various surveys, along with proposed recommendations to guide the management of Pennsylvania state parks for the next 25 years, can be found on the Pennsylvania Department of Conservation & Natural Resources website.

Penn State conducted a series of surveys in 2017 and 2018 about park visitors and the public’s attitudes and opinions on key issues affecting the future of the state parks.

In 2017, 10,186 adults responded online and 4,090 answered surveys at parks. A 2018 statewide telephone effort reached out to 1,650 Pennsylvanians. An online survey the same year targeted 1,131 Latinos, Asians and African Americans.

Public comment on these survey responses and recommendations will be accepted online and in writing until December 31.

Stakeholder meetings will take place at state parks throughout the state this fall and early next year. A final report should be available in summer 2020.

Pennsylvania’s 121 state parks total almost 300,000 acres. Together with DCNR’s state forest system, they are one of the largest expanses of public lands in the eastern United States.

Christen Smith - June 4, 2020 0
The move will likely further strain the relationship between the Democratic administration and the Republican majorities in the House and Senate dead set on reopening the state’s economy faster than Wolf’s phased plan allows.

Primary election behind us

Fireworks : To be or not to be on July 4th

Vicky Taylor - June 6, 2020 0
With the virus’s spread almost under control, at least for now, SCPRA is thinking about summer’s biggest celebration; and the fireworks display that usually goes along with it.