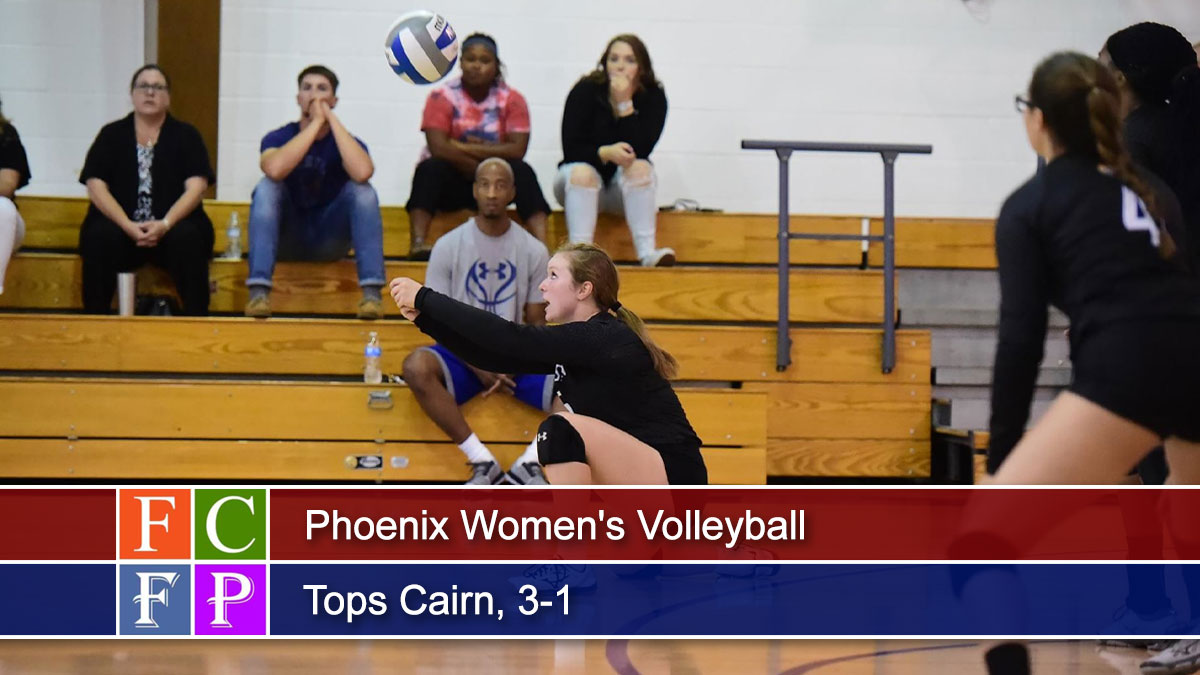 CHAMBERSBURG (Oct. 10, 2019) — Wilson College‘s women’s volleyball team squared off against the Highlanders of Cairn University Wednesday in a Colonial States Athletic Conference match. The Phoenix (10-7, 3-1 CSAC) took down the Highlanders (3-16, 2-3 CSAC) by a final score of three sets to one.

Wilson got to work quickly in the first set as they jumped out to a 15-4 lead. They would close out the first set by a score of 25-11.

In the third set, Cairn started a 9-2 run before Wilson rallied and took the lead at 11-10. Both teams rallied back and forth until things were knotted up at 23 apiece. The Highlanders would take the third, 25-23.

Heading into the fourth and final set, the Phoenix came out swinging, extending their lead to 10-2 early on. Aces played a critical factor as Wilson was able to tally five aces in this set alone. The Phoenix would go on to close out the Cairn by a final score of three sets to one.

The women’s volleyball team will be back in action Friday to close out nonconference play against the Gophers of Goucher College (9-9, 0-3) at home. Game time is 6 p.m.

Manor College Upend PSUMA Thanks to a Pair of Second Half...