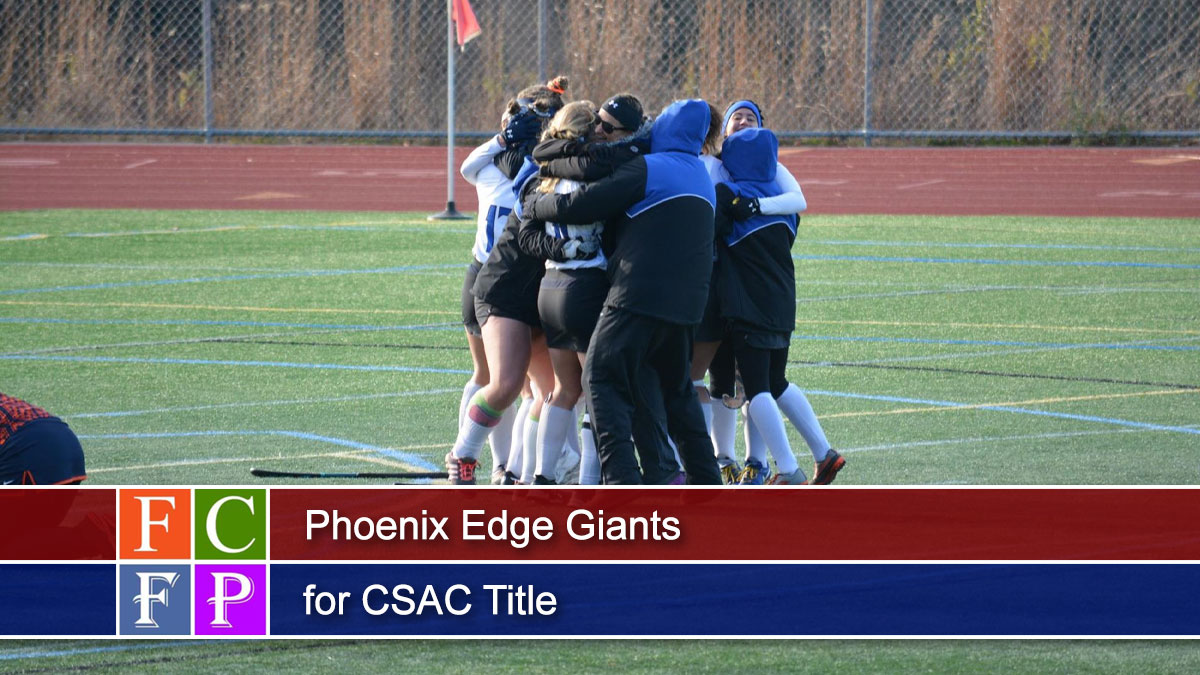 The Phoenix edged the Keystone College Giants 1-0 in overtime last weekend to win the CSAC field hockey championship and earn a berth in the NCAA DIII Championships.

The game is the first CSAC Championship for the Phoenix, who joined the conference before the 2018 season. The win also puts the team in the national competition for the first time in the program’s history.

Keystone controlled play at the offensive end in the first period, tallying four shots in the quarter. Phoenix goalie Krista Nayadley(Hampton, Va, Hampton) prevented the Giants from jumping out to an early lead with three big saves.

The Giants had another solid scoring opportunity early in the second quarter. Then Phoenix defender Bethany Comp (Millerstown, Pa., Greenwood) made an outstanding defensive save to keep the game tied at zero. The score was 0-0 heading into the half with the Phoenix being outshot 6-2.

Early in the third period, the Wilson offense started to generate some more offensive chances. Michaela Singer and Alexis Pflumm (Camden, Del. , Caesar Rodney) put shots on the net, but neither found the back of the cage as the Giants’ goalie came up with stops on both chances.

The Giants had another great scoring chance late in the period. This time Breeann Sheaffer (Middleburg, PA., Midd-West) came up with a huge defensive save for the Phoenix, keeping the 0-0 score intact.

After another scoreless period, both teams were looking to initiate the attack in the final 15 minutes of play.

The Phoenix started the period with two shots that were stopped by the Keystone goalie. After the Giants registered two shots of their own, the Phoenix went back on the attack, firing off four shots in less than a minute of play.

Despite 13 total shots in the fourth quarter, the score sat tied 0-0 at the end of regulation.

Four minutes into the overtime period, Alexis Pflumm found Michaela Singer, who sent a shot into the back of the cage. The play gave the Phoenix their first CSAC championship and first-ever NCAA Tournament appearance.

Wilson led the shots category, 16-15, while also leading with 8 shots on goal.

For her outstanding play in the CSAC Playoffs and CSAC Championship, Sheaffer was named Most Valuable Player of the postseason.

The Phoenix head to Beverly, Massachusetts to take on the Endicott College Gulls in the first round of the NCAA Tournament on Wednesday with a start time of 4 p.m.

Bill Morgal - July 1, 2020 0
The Red Raiders have a new multi-year partnership with Nike through BSN SPORTS. The agreement between Shippensburg University’s athletic department and the...

April 15, 2019
Thanks for subscribing! Please check your email for further instructions.