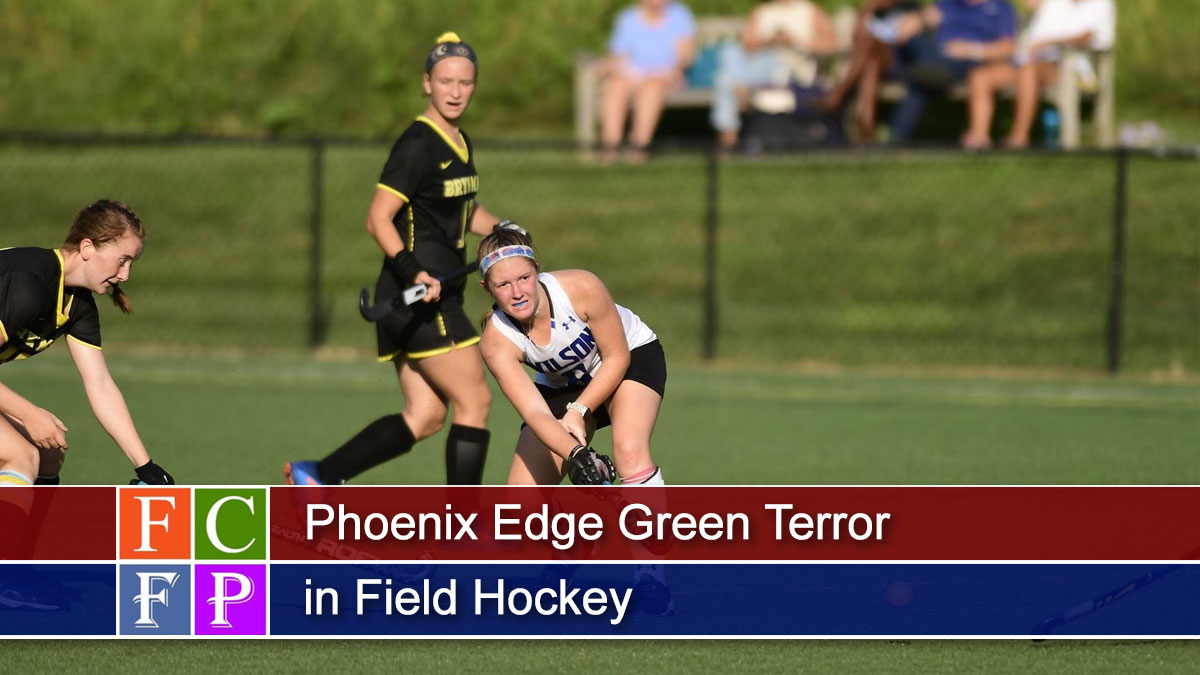 WESTMINSTER, MD (Sept. 18, 2019) — Wilson’s field hockey team picked up their second-straight victory Tuesday, this time coming against the Green Terror of McDaniel College. The Phoenix (3-3) only needed one goal to defeat McDaniel (2-3). That goal was scored by Breeann Sheaffer (Middleburg, Pa., Midd-West) in the third quarter of play.

Wilson had the offense clicking early, receiving two penalty corners within the first two minutes of play for early momentum.

The Phoenix also registered three shots against the McDaniel defense within the first five minutes. Despite controlling the game early, Wilson wasn’t able to put a number on the scoreboard. The first quarter ended, 0-0.

The second period saw more of a defensive battle from both teams. The score was still at zero heading into the half. Wilson outshot their opponents 6-2 in the first half, with 3 shots coming off the stick of Michaela Singer (Annville, Pa., Annville-Cleona).

Six minutes into the third quarter, Breeann Sheaffer dribbled in from outside the circle and sent a rising shot into the left side of the cage. The goal gave the Phoenix a 1-0 lead and Sheaffer her team-leading third goal of the season. In the period, McDaniel went without recording a shot and found themselves trailing 1-0 heading into the final quarter.

The Phoenix offense dominated in the fourth quarter, controlling play at their end of the field for the final fifteen minutes to help secure the 1-0 victory. Wilson outshot McDaniel 4-1 in the fourth and took 5 penalty corners in the period.

Wilson took 12 shots in the game, with 7 shots on goal to go along with their 8 penalty corners. Michaela Singer and Morgan Burkepile (Millerstown, Pa., Greenwood) each took three shots to lead the team while Sheaffer scored the lone Phoenix goal.