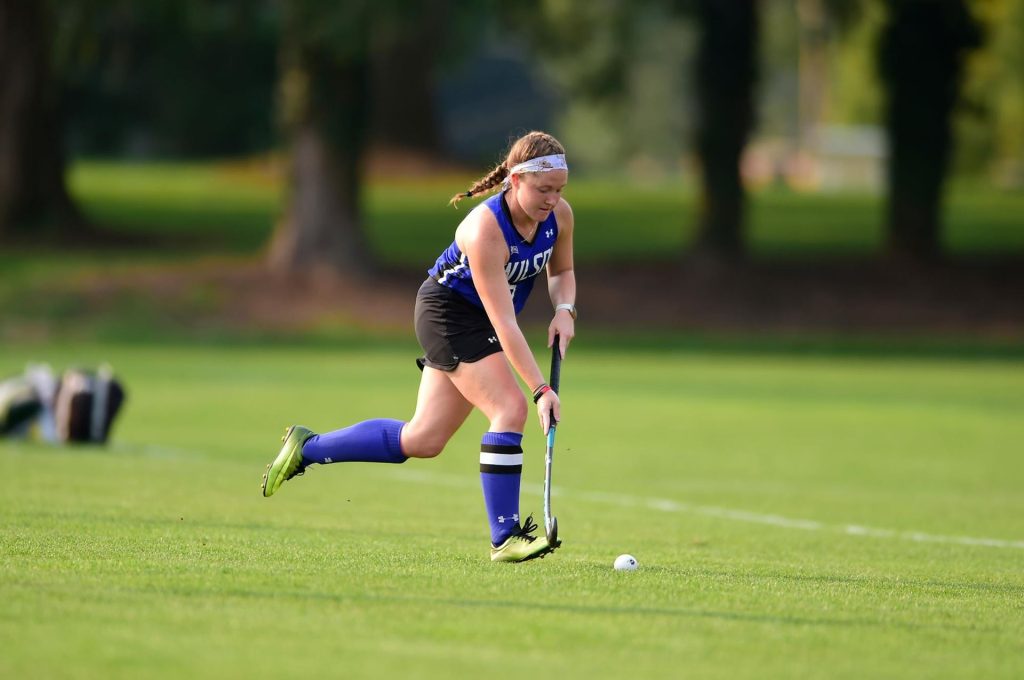 In a battle of the top two teams in the conference, both teams had good opportunities to score, but outstanding defense by both teams carried the day.

The first scoring opportunity for the Phoenix came just two minutes into the game. Super senior Michaela Singer (Annville, PA., Annville-Cleona) looked to add to her national leading goals per game average, but the Giants keeper made the save. A few minutes later, Singer put another shot on goal, but was again denied.

The Giants put their first shot on cage just before the end of the first period; but super senior Krista Nayadley (Hampton, VA, Hampton) was up to the challenge and tallied the save. The teams ended the period 0-0.

Early in the second period, the Phoenix used a penalty corner to set up a shot for Singer; and a penalty was called on the play. Senior Breeann Sheaffer (Middleburg, PA., Midd-West) stepped up to take the penalty stroke and rattled the back of the cage for a 1-0 Phoenix lead.

Midway through the period, the Giants ripped back-to-back shots on goal. Nayadley snagged the first one and a great defensive save by junior Alexis Alleman (Shippensburg, PA., Shippensburg) kept the visitors off the scoreboard. The teams hit halftime with the Phoenix leading 1-0.

In the first ten minutes of the third period, the Phoenix took four shots. Junior Alexis Pflumm (Camden, Del., Caesar Rodney) took aim, but the Giants keeper came up with the save. A few minutes later Singer had two great opportunities. The first was saved by the keeper. Singer gathered the rebound and ripped another shot only to have the Giants Taylor Cercone make a terrific defensive save.

Freshman Brea Kelso (Shippensburg, PA, Shippensburg) followed with a shot less than a minute later but it sailed wide of the cage. The Phoenix held a 1-0 lead heading to the final quarter.

The fourth quarter saw both teams going up and down the field; each team only took one shot and neither connected. The Phoenix capped off a perfect regular season with the 1-0 victory.

Singer finished the regular season as the national leader in goals per game (1.67), and points per game (3.8). Defensively as a team, the Phoenix finished third in the nation in goals against average (.53).

The Phoenix field hockey team will host Sweet Briar in a CSAC semi-final on Wednesday.