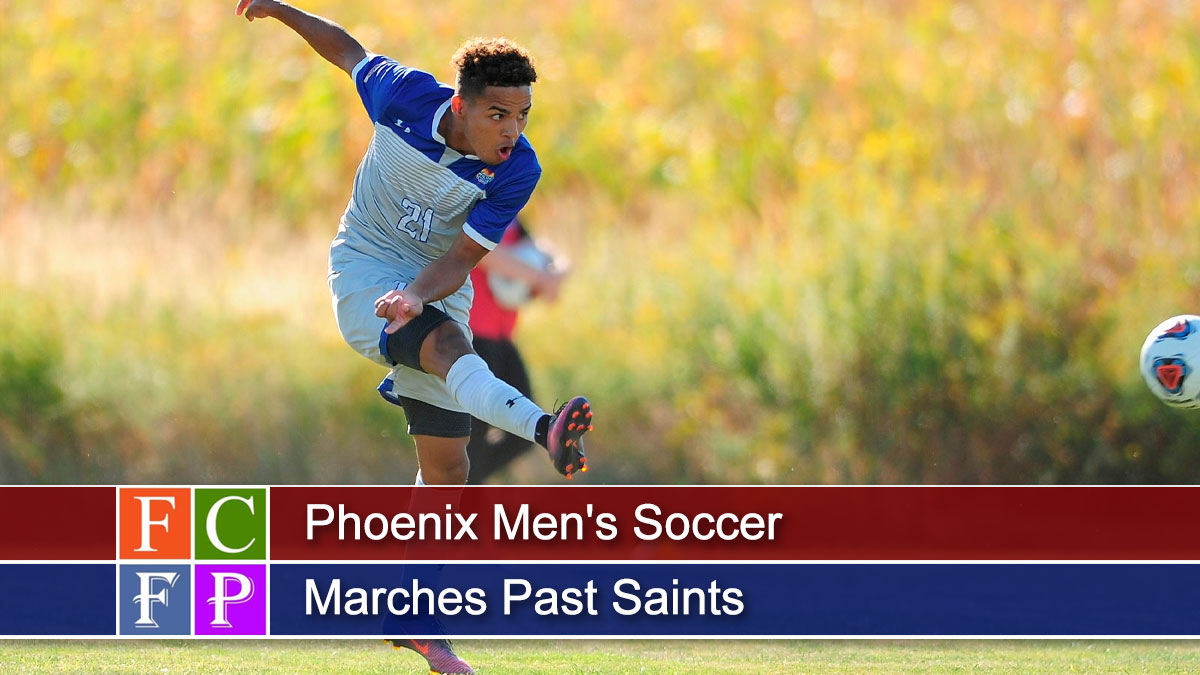 Wilson was first to strike as freshman Garrick Hill (Chambersburg, PA., Chambersburg) got set for a corner kick. Hill would find freshman Victor Ortiz (Caguas, Puerto Rico, Ana G. Mendez University System) who would bury a header into the back of the net, tipping the score to 1-0 in favor of the Phoenix. The Wilson defense would come up big for the rest of the half as they were able to ward off the Marymount offense. The Phoenix would enter the half leading, 1-0.

Picking up in the second half, the Saints would strike back. In the forty-ninth minute of play, Marymount would march down the field and launch a strike from beyond the 18-yard line that tied the match up at one apiece. Wilson would not be denied, they would answer back shortly after. Hill got set to take another corner and would find Aaron Harrison (Archbald, PA., Valley View) on the cross who headed the back past the keeper to push the Phoenix out in front, 2-1.

Both teams would continue to fight for another scoring opportunity but neither team could capitalize as Wilson would march to a 2-1 victory.

Wilson would be out-shot in the game 12-8 but both teams finished with four shots on net. Senior goalkeeper Dan Perry (London, England, Okanagan Secondary) finished with three saves on the night while Ortiz and Harrison both score their first goals of the season. Hill would record both assists on the match.

The Phoenix will be back in action on Tuesday, September 24, where they will travel to take on Southern Virginia University (1-6, 0-0) at 5:00 P.M.

Staff Report - May 29, 2020 0
Mr. Fry served many years as a delegate with the Maryland Classified Employees Association and six years on the Washington Township Municipal Authority Board, three of those years as chairman.