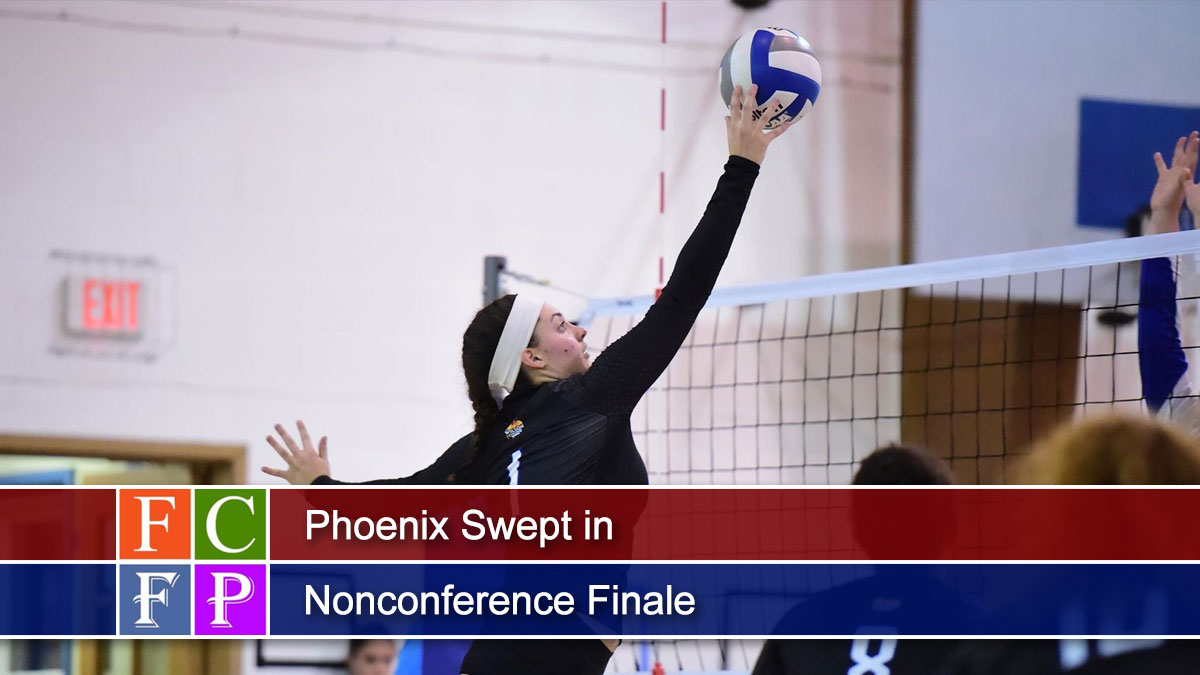 Goucher got off to a hot start in the first set, jumping out to a 14-4 lead over the Phoenix. Wilson responded nicely by scoring six straight points to get back within four of the Gophers.

Later the Gophers led 17-13 before four consecutive points gave them an 8 point advantage. The Gophers went on to close out the set with three kills to win 25-16 and take a 1-0 match lead.

The second set started much differently than the first, as both teams traded points until the score sat tied at 10. Goucher put some distance between themselves and the Phoenix with five unanswered points, taking a 15-10 lead.

Wilson later brought the score to 16-13, but the Gophers went on another scoring run to move ahead 21-13. With Goucher needing one point to close out the second set, the Phoenix rallied for three points to gain some momentum late in the set.

Once again the Gophers got off to a hot start in the third set, holding an early 10-2 advantage. The Phoenix answered by scoring the next 11 of 15 points in the match to bring the score to 14-13.

After trading a few points, Goucher closed out the third set by scoring 8 of 11 points to win the set 25-18 and take the match, 3-0. In the final set, the Phoenix registered just four kills on 17 attempts and had 7 errors.

The Phoenix return to action Saturday in a CSAC match at Centenary University.