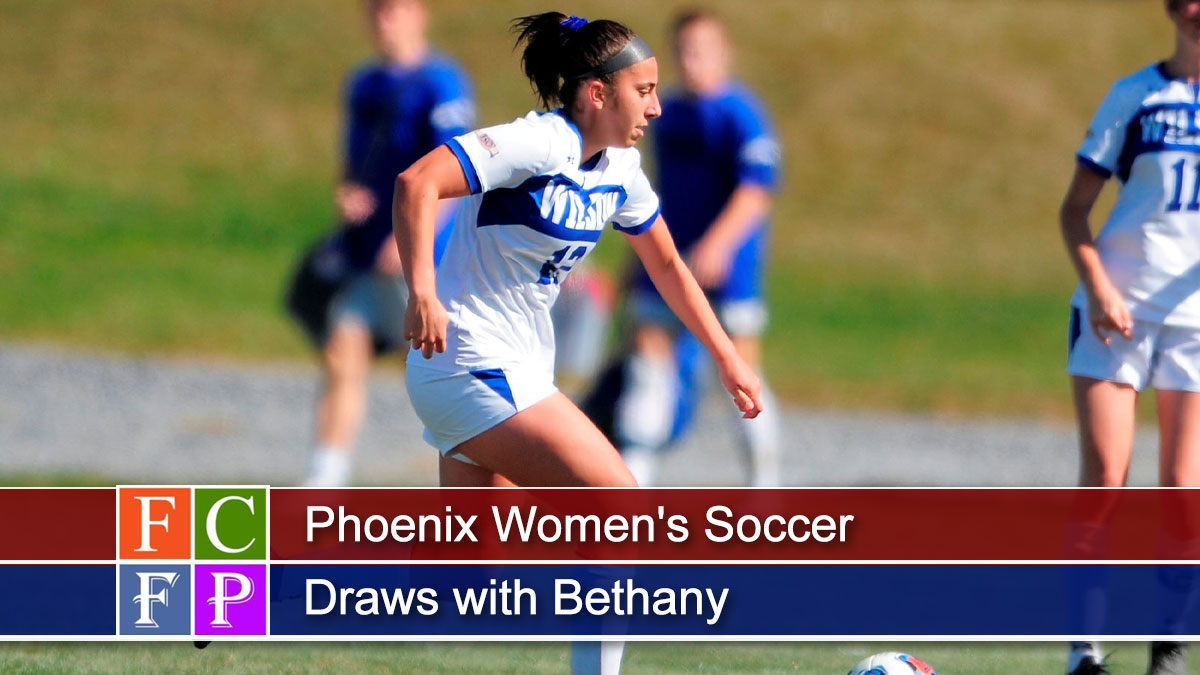 After a scoreless first half, things picked up in the second. Bethany was able to score two goals in about 12 minutes, tipping the score in their favor 2-0 with twenty-seven minutes remaining in regulation.

Wilson would answer back. Freshman Bailey Miller (Charles Town, W.Va., Washington)  got the scoring started as she was able to blast one by the keeper, making it 2-1, still in favor of the Bison, with twenty-one minutes remaining.

The Phoenix kept the pressure on as freshman Rachel Rodriguez (Hedgesville, W.Va., Hedgesville) was able to get a shot off but the equalizer came in the eighty-first minute of play. Senior Noemi Regan (Chesapeake, VA., Homeschooled) found the back of the net with the equalizing goal, making it 2-2. Neither team was able to find another goal and the match would end in a 2-2 draw.

Rodriguez led Wilson with three shots on the afternoon, while Miller and Regan each finished with a goal. Sophomore goalkeeper Aubrey Runkle (York, PA., West York) capped the night off with seven saves. The Phoenix were outshot 12-5 on the match but led both teams with eight saves.

The women’s soccer team will be back in action this Tuesday, September 24, where they will host Hood College starting at 5:00 P.M.

Red Raiders Football Goes Toe-to-Toe With No. 14 West Chester But...