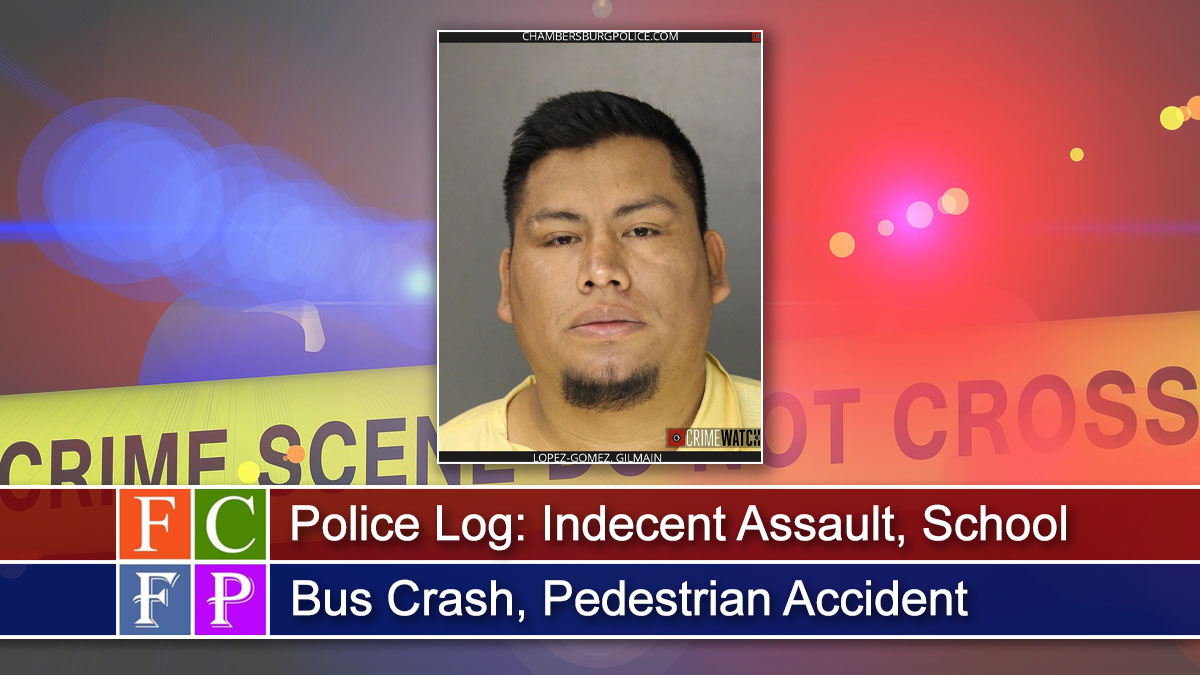 Local police departments are investigating an indecent assault and two crashes that sent local residents to hospitals this week. One involved a school bus.

CRASH: Washington Township Police were dispatched to a vehicle accident with injuries at 3:59 p.m. Thursday at the intersection of Marsh and Polktown Roads. Police said the school bus operated by Jennifer Policicchio, 44, Waynesboro, pulled into the path of a Jeep Wrangler operated by Emily Low, 43, Waynesboro.

Life Net 81 airlifted Low to a hospital for medical treatment. The accident is under investigation.

PEDESTRIAN HIT BY TRUCK: At 4:01 p.m. Friday Chambersburg police responded to a pedestrian crash at 246 South Main St.  Upon an initial investigation officers learned that Kydell Quivers, 21 years old, was struck by a Ford F-150, driven by Fred Young, 48 years old.  The truck was traveling southbound in the left lane.

Quivers entered the roadway from the east side of the road, walking west, in an area with no crosswalks.

Several witnesses told police they were behind the truck and were traveling about 20 miles per hour.  Quivers was taken to a nearby hospital for treatment of his injuries.

This crash is still under investigation.  Anyone with any information about the crash is asked to contact the Chambersburg Police Department at 717-264-4131.

INDECENT ASSAULT: Gilmain Lopez-Gomez, 30, Chambersburg, was arrested by the Chambersburg Police Department relating to an indecent assault and the corruption of minors regarding a 9-year-old female victim.

Magisterial District Judge Glenn Manns set bail for Lopez-Gomez at $150,000. He is in Franklin County Jail this weekend, unable to post the monetary bail. His preliminary hearing takes place Jan. 21.

Challenging Police to Fight Gets a Visit to Local County Jail