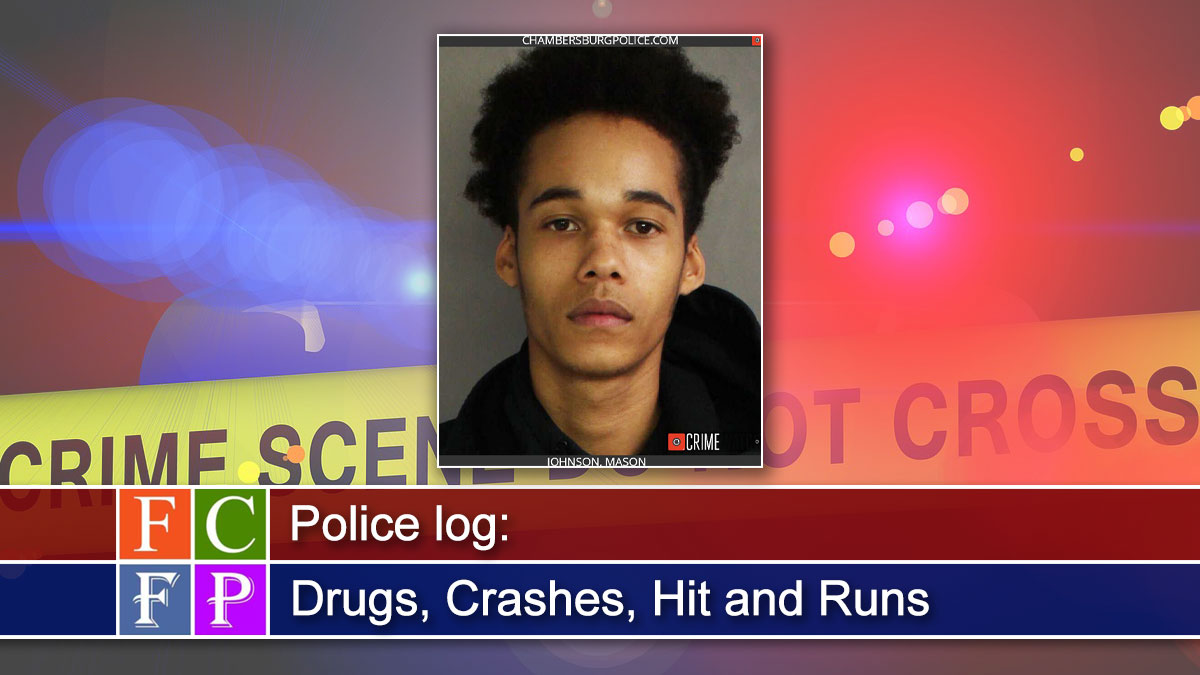 Area police are asking for the publics’ help in solving two hit and run cases. Police also investigated a number of other crimes including DUI and drug cases in the past week.

POSSESSION OF DRUG PARAPHERNALIA – On 01/08/2020 at 0159, a traffic stop was conducted and the passenger, Mason Johnson, 23, Ft. Loudon, was found to be in possession of drug paraphernalia.

Johnson was released from the stop and charges were filed for Possession of Drug Paraphernalia.

HIT AND RUN – On January 24th, 2020, the Chambersburg Police Department took a report regarding a hit and run accident that occurred on Walker Rd at the intersection with Norland Ave. The victim reported that her vehicle was sideswiped at approximately 5:00 PM on January 24 and the striking vehicle continued on. The striking vehicle was described as a white 4 door car.

Anyone with information about this incident is asked to contact the Chambersburg Police Department at (717) 264-4131.

Anyone with information regarding this incident is asked to contact the Chambersburg Police Department at (717) 264-4131.

Police were called o the residence at 1:25 a.m. Friday for a report of a physical altercation. The charge is a summary offense.

A Mercersburg man was not injured after another vehicle ran him off of Warm Spring Road at 6:41 a.m. Jan. 17 and his 2002 Chevrolet Trailblazer hit an embankment and overturned.

Police Said Titus R. Hornberger, 28, was northbound in the 7800 block of Warm Spring Road at the time. The “phantom” vehicle was southbound in the northbound lane, Hornberger told police. He described it as a dark-colored SUV. The SUV did not stop.

David Werdebaugh, 50, of Williamsport, was arrested Friday And charged with driving under the influence after police stopped him at 8:31 p.m. on Williamsport Pike at East Weaver Road during a routine patrol.

Police said Werdebaugh was in possession of numerous controlled substances as well as unprescribed medications.

There were no injuries reported during a two-vehicle crash at 7:20 a.m. Thursday on Allen Road at its intersection with West Commerce Avenue, police said.

Michael W. McTyson, 58, Harrisburg, was driving north on Allen, doing about 25 miles an hour, when ran a red light at the intersection of Commerce and hit a car driven by Jessica S. Koser, 49, of Shippensburg.

Koser was traveling at about 30 miles an hour, making a left turn from the I81 off ramp onto Allen Road at the time.

Both McTyson’s Nissan Sentra and Koser’s BMU had to be towed from the scene.