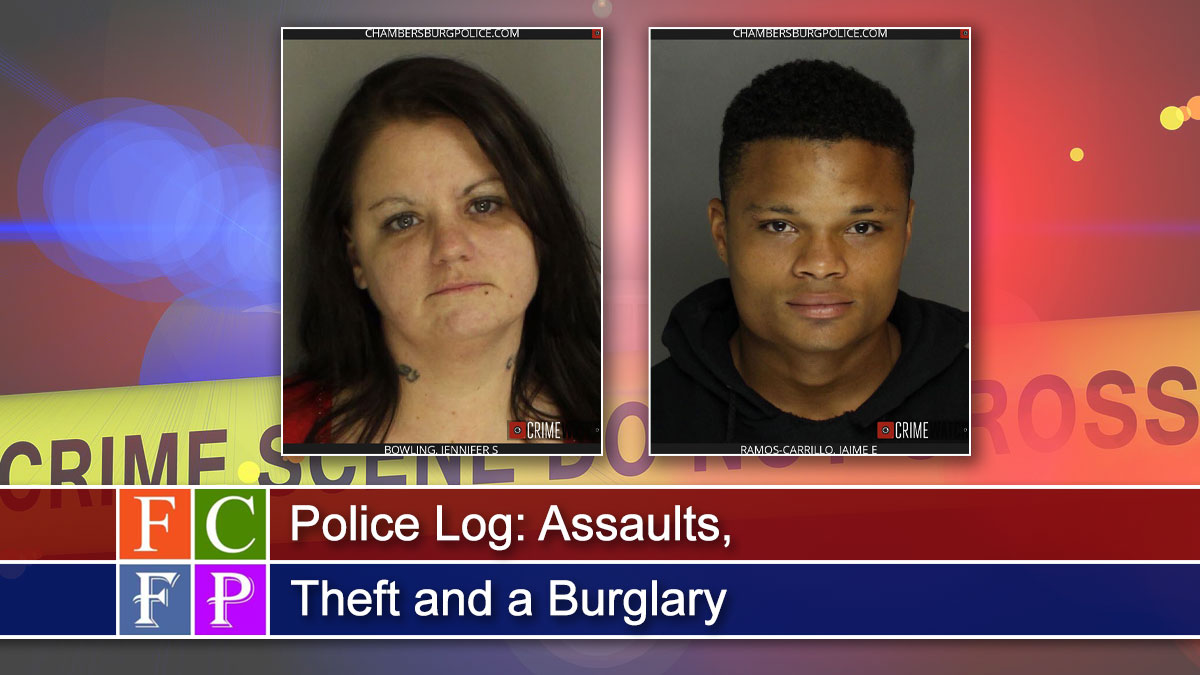 Area police investigated a burglary in Waynesboro this week and filed assault charges stemming from a fight in Chambersburg last week.

Anyone with information please contact the Waynesboro Police Department at (717) 762-2131 or submit a tip on CrimeWatch.

ASSAULT: A fight at a local fast-food restaurant Jan. 2 resulted in charges against a local couple. Jennifer S. Bowling, 40, and Jaime E. Ramos-Carrillo, 19, entered the Lincoln Way East Taco Bell at About 7:10 p.m. that day, police said.  According to the police report, Bowling began arguing with an employee regarding a personal matter.

As the employee walked away in an attempt to end the argument, both Bowling and Ramos-Carrillo went behind the counter where a physical altercation ensued.

Two Taco Bell employees were assaulted before Bowling and Ramos-Carrillo fled the area, according to police.  Both will be charged with simple assault and disorderly conduct.

RETAIL THEFT: The Chambersburg Police Department was dispatched to Sheetz, 1 Monticello Court, for retail theft. A subject, later identified as Ethan Tyler Masteller, 20, was seen removing and concealing merchandise from a shelf. Masteller then left the store without paying for those items. Police cited Masteller with retail theft.

Dora the Explorer Is Homeless Today