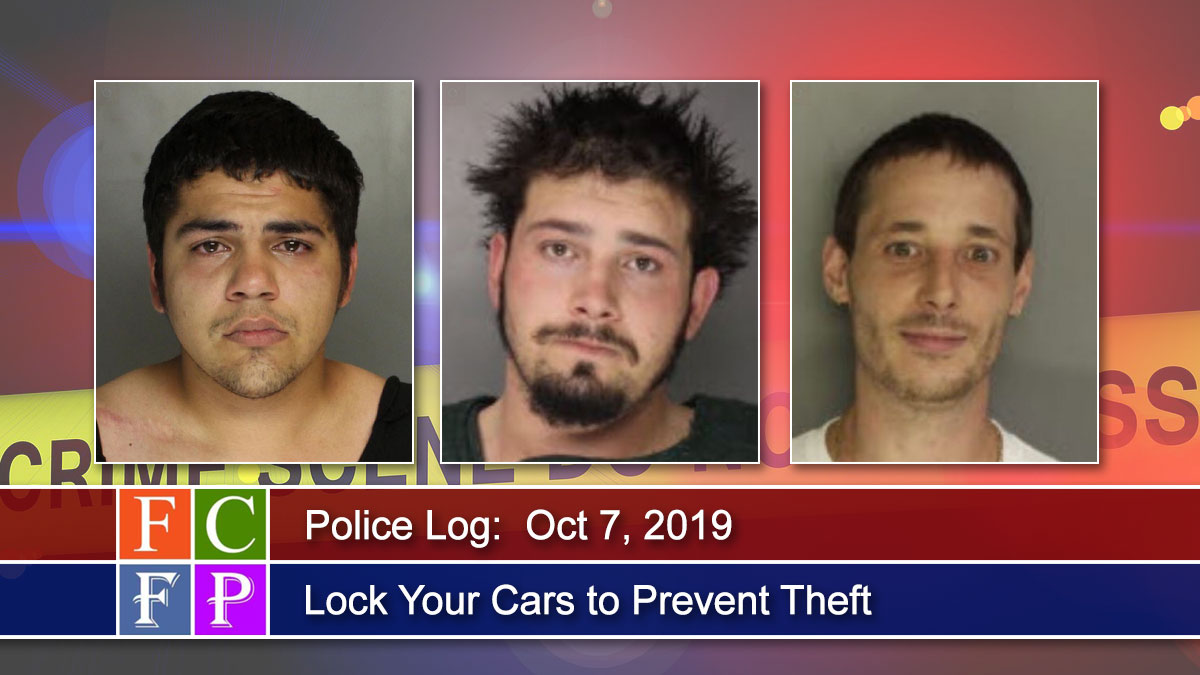 CHAMBERSBURG (Oct. 7, 2019) — Local police are warning residents to keep their vehicles locked when they park and leave, even if they are in their own driveways. Theft from vehicles are probably the easiest crime to commit and often one of the most difficult to solve.

That’s so especially if the vehicle is unlocked and valuables are left in plain sight, within easy access.

Just today, Chambersburg police took reports of multiple people having their vehicles broken in to in the area of Lantern Lane, Channing Drive, Eisenhower Drive and Progress Road.

Residents in the area are asked to check their vehicles to make sure they are not missing any possessions from their vehicle.  Anyone who thinks they were a victim of a vehicle break-in should contact the Chambersburg Police Department.

All citizens are reminded to keep their vehicles locked to decrease the chances of becoming a victim.

One of today’s vehicle break-ins happened at Progress Rd and Industrial Drive. Police were dispatched there early in the morning to investigate a report that a man dressed totally black was attempting to get into vehicles.

Chambersburg Police arrived in the area and made contact with Keith Islas, 25, Chambersburg.  Police said an investigation revealed Islas had broken into multiple vehicles in the area.

He was taken to Franklin County Jail and arraigned by Magisterial District Judge Kelly Rock on charges of Theft from a motor vehicle, loitering and prowling at night, and public drunkenness.

Rock set his bail at $25,000, which as of this morning he was unable to post. His preliminary hearing on the charges is set for Oct. 15 un Franklin County Magisterial District Central Court.

THEFT: Chambersburg police are investigating the theft of cash from a register at the front desk at Motel 6 early this morning.

Police provided the above surveillance photos taken at the motel. Police are calling the man pictured a “person of interest” in the case.

Police were called to the 1095 Wayne Avenue motel at 2:41 a.m. They were told someone had taken money from the cash register.

The person in the photo may have information relevant to an ongoing police investigation.  He/she is a person of interest, but not necessarily a suspect at this time.

Police were called to the tavern shortly after 2 p.m. for a report of a disturbance.

Taylor Berry, 25, Chambersburg, was taken into custody due to his level of intoxication. Berry was transported to Franklin County Jail for arraignment.

Ryan Lee Harr, 36, Chambersburg, was taken into custody for public drunkenness due to his extreme level of intoxication. Harr was found to have a BAC of .30%. Harr was turned over to Franklin County Adult Probation officers for transport to the Franklin County Jail.