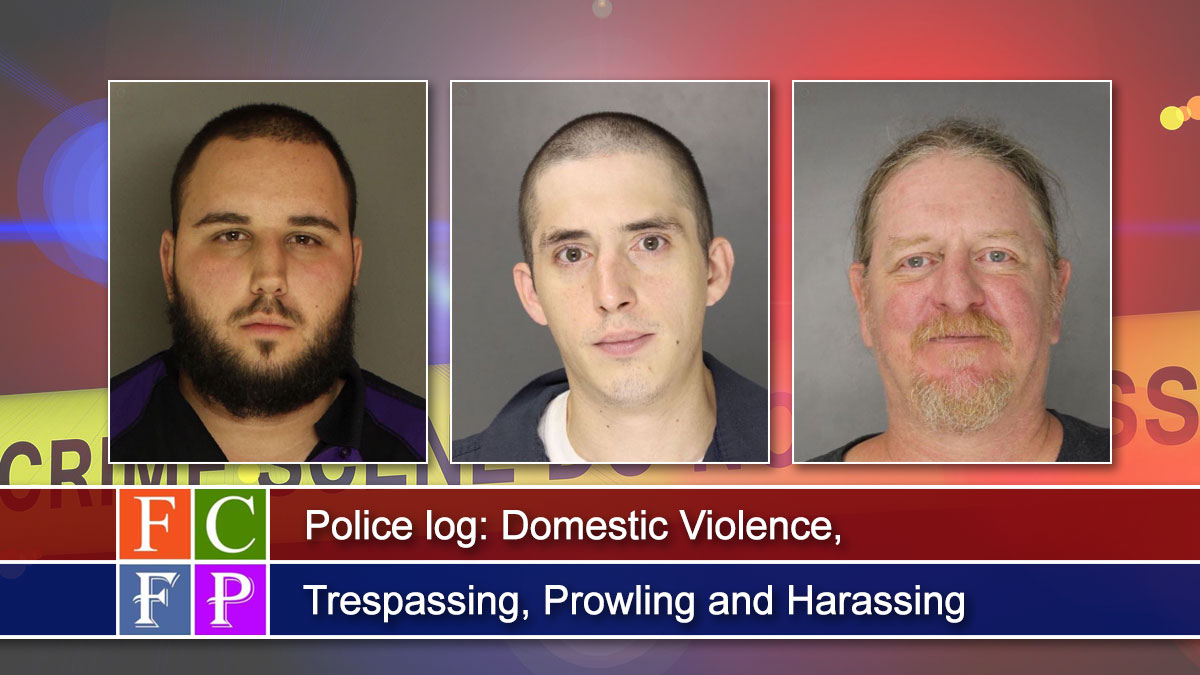 FOUND: A mountain bike left at Memorial Park has been turned in to Shippensburg Police Department. The bike is a Kent brand mountain bike, blue in color.  The owner may claim the bicycle at the police station or call 717-532-7361.

LOITERING, PROWLING: Matthew A. Hintermyer, II, 28, Waynesboro, was charged with one count each of loitering and prowling at night and public drunkenness after police received a report of an intoxicated subject walking in the roadway on West Sixth Street on September 22 at 9:46 p.m.

CRIMINAL TRESPASS: Richard C. Clauter, 55, no fixed address, was charged with criminal trespass after police received a report of a disturbance on Hamilton Avenue on September 29 at 9:41 p.m.

HARASSMENT: Safaree R. Branche, Waynesboro, was cited for harassment after a verbal altercation occurred on August 18 at 10:43 p.m. on S. Potomac Street.

HARASSMENT: Jasmine V. Johns, Waynesboro, has was cited for harassment after a minor physical altercation occurred on September 11 at 4:43 p.m. on Wayne Avenue.

HARASSMENT: Michelle L. Rusch, Waynesboro, was cited for harassment after a minor physical altercation occurred on September 18 at 7:53 p.m. on Nort Church Street.

DISORDERLY CONDUCT: Christopher F. Treiber, Waynesboro, was cited for disorderly conduct after an incident occurred on September 20 at 8:36 a.m. on Fairview Avenue.

FOUND PROPERTY: A small black book pack and a pink “fanny” pack were turned in to Chambersburg Police Department Oct. 7.

The property was found at the Mike Waters Memorial Park on Sept 30th.

The owner(s) can come to the Chambersburg Police Department to claim the property.

Warrant Issued for Man Who Took Stepson for Joyride on Stolen...

July 1, 2019
Thanks for subscribing! Please check your email for further instructions.