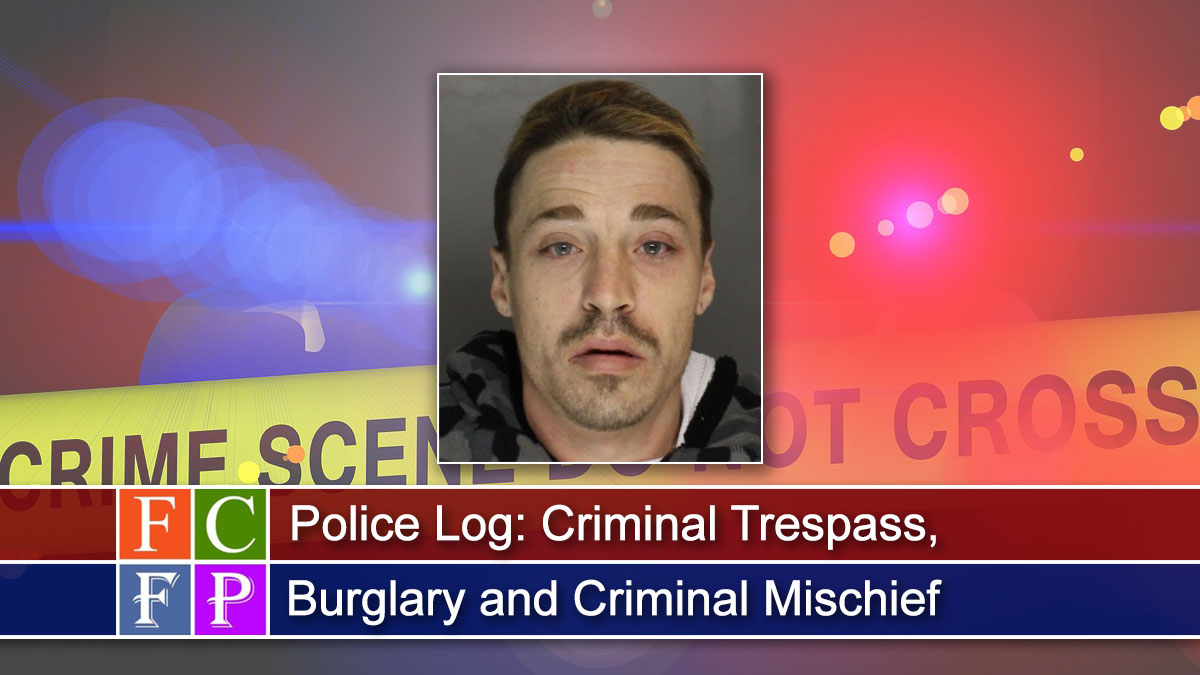 Area police are investigating a criminal trespass incident, a burglary, and a criminal mischief case in Franklin County.

CRIMINAL TRESPASS: On 10/26/2019 at 10:21 a.m., Chambersburg police responded to the 100 block of Lincoln Way West for a reported Criminal Trespass incident.

Through an investigation, it was revealed that Ryan Phillips, 28, had kicked a door down which was dead bolted in order to gain entry into a room that he was not authorized to do so.  Phillips was charged with criminal trespass, a 2nd degree felony, defiant trespass, a misdemeanor, and summary criminal mischief.

BURGLARY: On 10/31/2019 Chambersburg Police responded to the 300 block of South Main Street for a report of a burglary.

Sometime between noon and 2:30 p.m., someone broke open a shed door and stole belongings from inside of it.  Anyone with information regarding this incident is asked to contact the Chambersburg Police Department at (717) 264-4131

Surveillance showed the large ceramic planter valued at $200 was kicked over an hour earlier.  The suspect also kicked over a small planter near 68 E. King St. which spilled over but wasn’t damaged.