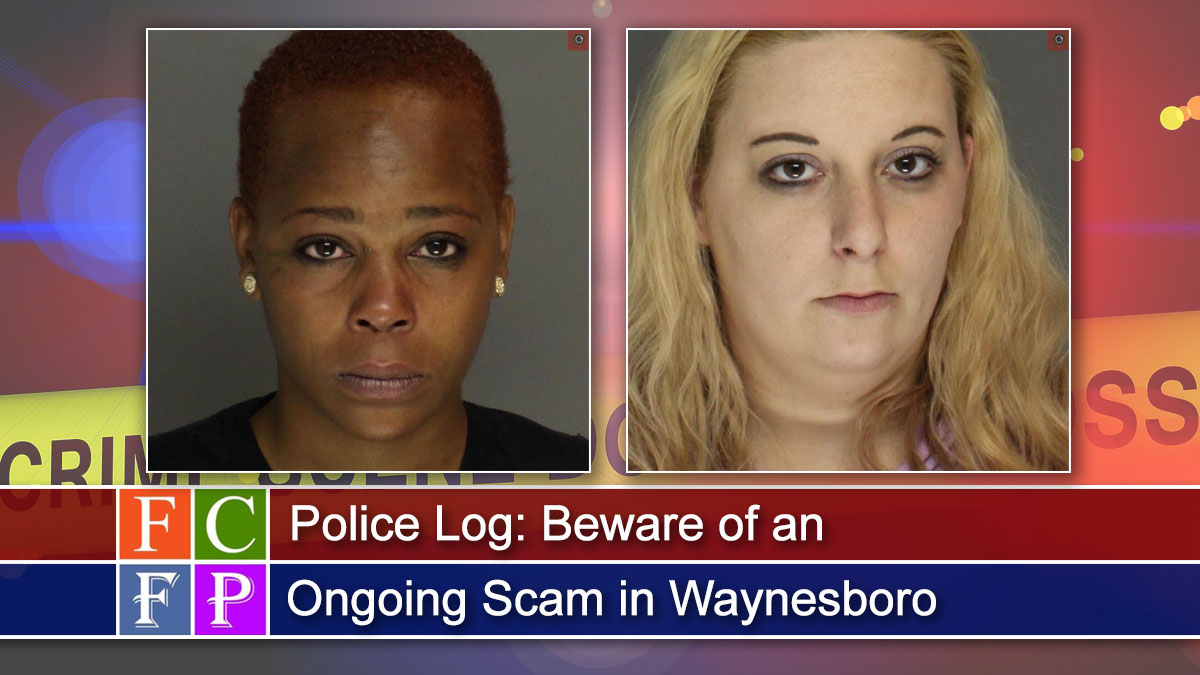 The Waynesboro Police Department has issued a warning about a scam in which someone is reportedly going door to door trying to gather residents’ personal information.

Police said the individual tells residents they are with the Justice Department and doing a survey about crime in the community.

They then ask for information such as name, date of birth and how many people live in the household. They claim the information is being collected to see how Waynesboro ranks on the scale of the crime.

Police released the scam warning this week, advising residents to refuse to provide personal information to strangers claiming to be with the Justice Department or any other agency. Instead, call Waynesboro Police Department at 717-762-2131.

DISORDERLY: Taneeshia Francis, 26, Chambersburg, faces harassment and disorderly conduct charges as a result of a disturbance. Police said Francis got into a fight with another woman on Monday at Ben Chambers Elementary School, 481 N Franklin St.

The fight happened inside the school, police said. Francis is accused of using obscenity while several children, parents, and teachers were in the area.

HARASSMENT: Two local women face harassment charges as a result of a disturbance in the 400 block of Paul Avenue Dec. 4.

Sarah Locke, 20, is charged with harassment. A witness reported that another female was struck and subjected to other unwanted physical contact by Locke in the incident.

Breenea Setting,23, is also charged with Harassment. A witness reported that Setting punched another female and subjected her to other unwanted physical contact at her residence, police said.

THEFT OF SERVICES: Someone dumped trash into a recycling dumpster at 600 Norland Ave, twice between Aug. 21 and Oct. 4, according to Chambersburg police. That is considered theft of services since the property owner has two pay a fee for the use of the dumpster.

Anyone with information regarding this incident is encouraged to contact CPD.

Police said Aponte was yelling and screaming in the hallway at 11:04 p.m. on Sunday. Her actions alarmed several residents who came out of their apartments in their night clothing, according to police.