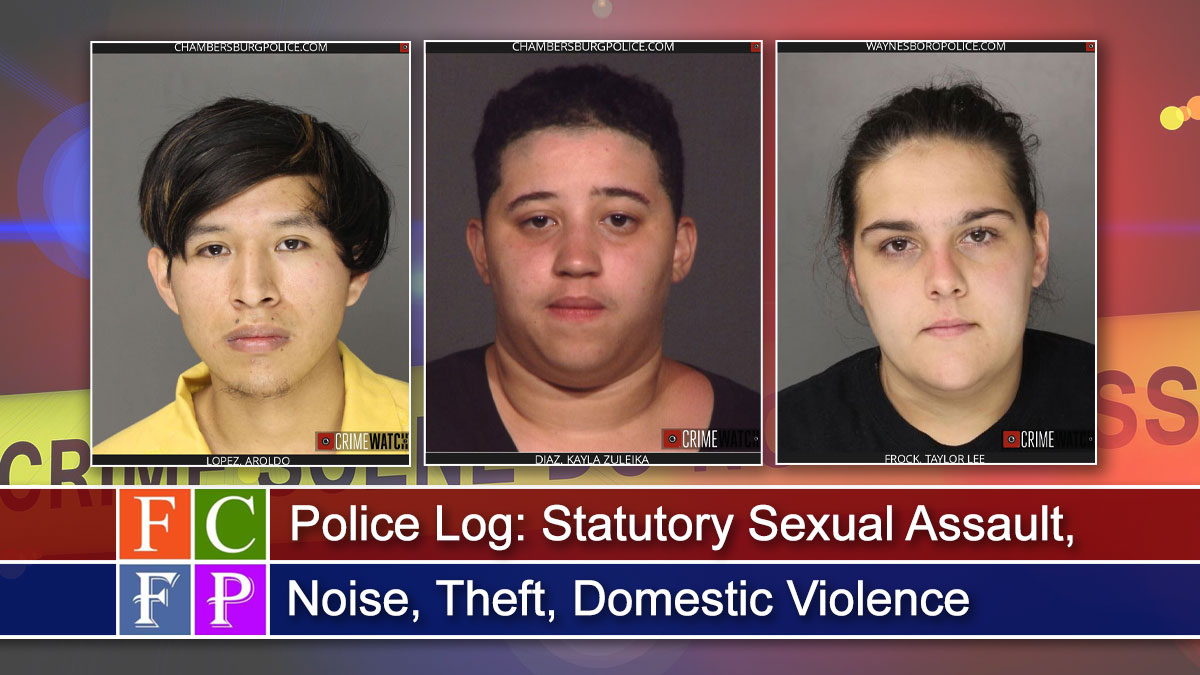 ASSAULT: A Chambersburg teen is accused of having sex with a much younger girl recently, resulting in felony charges.

Aroldo Lopez, 18, is in Franklin County Jail after being arraigned on felony Statutory Sexual Assault and Corruption of Minors Charges. He also faces a misdemeanor Indecent Assault charge.

Police allege Lopez had a sexual relationship with a 13-year-old girl.

His arraignment took place Wednesday afternoon. Magisterial District Judge Glenn Manns set his bail at $100,000, which he was unable to post.

A preliminary hearing is set for Dec. 17 in Franklin County Central Court.

Loud music coming from inside an apartment could be heard from outside the apartment building at 2:15 a.m., police said.

The tenant, Kayla Zuleika Diaz, 31, was cited for violating the Borough Ordinance pertaining to Quiet Periods.

THEFT: Chambersburg police are investigating the theft of a bicycle reported on Tuesday. Police said the bicycle was stolen between 4 and 5 p.m. Saturday while it was parked at the rear of Southgate Mall.

The bicycle is similar to the one depicted in the photograph above and is spray painted black. Anyone with information about this incident is asked to contact the Chambersburg Police Department at (717) 264-4131.

THEFT: Chambersburg Police were dispatched to 140 N 3rd St for a theft from a motor vehicle at 8:49 p.m. on Tuesday. A victim reported that a window on her vehicle had been shattered, and a purse was stolen from the vehicle.

Anyone with information about this incident is asked to contact the Chambersburg Police Department at (717) 264-4131.

Charges include with one count each of strangulation, simple assault and harassment. Police said the incident happened November 28 at 10:30 p.m. on West Main Street.