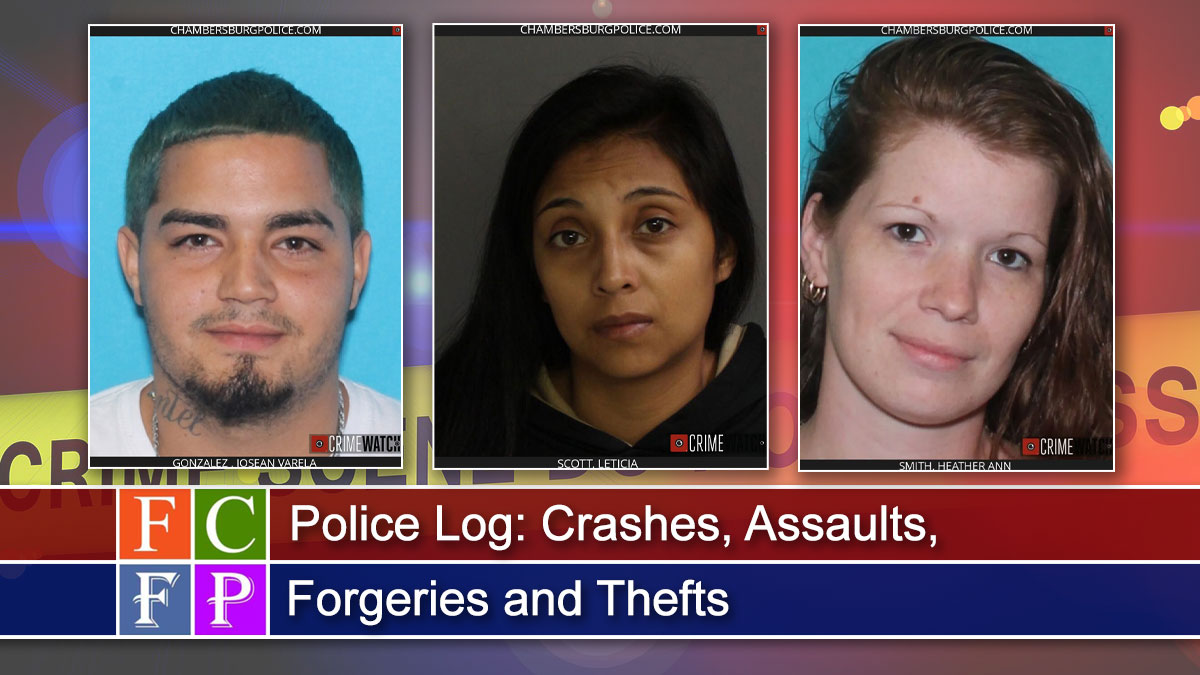 Area police investigated a number of serious and non-so-serious crimes recently, and are asking for the public’s help in finding culprits in some of those cases.

CRASH: Chambersburg police investigated a crash at 5:46 a.m. Dec. 4 in the 200 block of South Main Street. Police did not provide details of the crash other than the date, time and location. Investigators are asking for the public’s help in finding and identifying those involved however.

Police are looking for leads in identifying the drivers of the silver SUV and the truck towing the trailer in the picture shown.  Police ask that anyone with information regarding this incident contact CPD at (717) 264-4131.

Police allege in charging documents that Varels-Gonzales grabbed a woman by the throat and applied pressure to the point that it made it difficult for her to breathe.  He also held a pair of scissors to her throat and made threats to kill her, police said.

Police allege in court documents that Scott knew that the company listed on the checks did not issue the checks to her. She took the cash knowing the checks would not be honored by the company, police said. A local judge issued a warrant for Scott’s arrest Dec. 5 on two counts of second degree felony forgery.

Police ask that anyone with information on Scott‘s whereabouts contact the Chambersburg Police Department at (717) 264-4131.

RETAIL THEFT: On 12/04/2019 Heather Ann Smith, 34, concealed over $80 in merchandise from Target in her purse and then fled the store when confronted by employees, according to police.

A local judge issued an arrest warrant for Smith on third degree felony retail theft charges. Police ask that anyone with information on Smiths location contact the Chambersburg Police Department at (717) 264-4131.

DUI HIT AND RUN: Olivia J. Stickles, 24, Glenville, Pennsylvania, faces four counts of driving under the influence of alcohol and/or a controlled substance and one count of accidents involving damage to an unattended vehicle or property in connection with a hit and run Nov. 11 at 12:40 p.m. on Tritle Avenue.

THEFT: Pennsylvania State Police, Carlisle, are investigating the theft of a golf cart from a driveway in Newville. A 66-year-old man reported that the Yahama golf cart was stolen sometime between 2 p.m. and 5:30 p.m. Dec. 9.

The unattended cart was sitting unsecured at the edge of the driveway with a sign displaying it “For Sale.”

The golf cart is distinguished by a “14” decal on the front and rear.

Anyone with any information, please contact Trooper Alex Kydd at PSP Carlisle 717-249-2121.