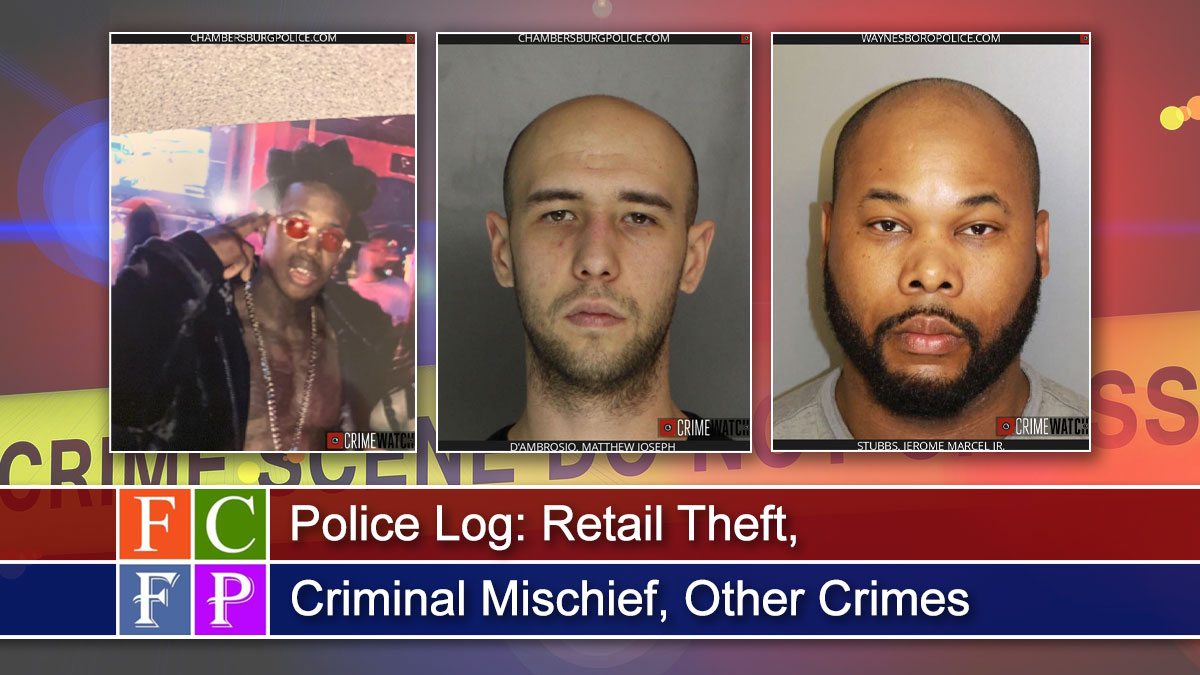 Local police departments investigated a number of crimes recently and took one suspect into custody on a firearms charge.

The individual shown in the above photograph walked out of the store without paying for two large posters he had commissioned the store to make.

The Chambersburg Borough Police are asking for the public’s help in identifying the individual shown in the photograph. Police said the person shown in this photo may have information relevant to an ongoing police investigation. He/she is a person of interest, but not necessarily a suspect at this time.

If you believe you have information that can assist the police in identifying or locating this person, please leave a tip or contact the Borough of Chambersburg Police Department at 264-4131.

CRIMINAL MISCHIEF: CPD officers were dispatched to the 400 block of Montgomery Avenue Jan. 23. Officers learned that the victim had called after finding that his vehicle had been drawn on by an unknown suspect.

Anyone with information is asked to contact the Chambersburg Borough Police.

HIT AND RUN: Chambersburg police are investigating a hit and run incident that happened between noon and 3 p.m. Feb. 4 on Gateway Avenue. Police said an unknown vehicle struck the victim’s 2017 Honda CR-V while it was parked in the 400 block of Gateway Avenue. Anyone who may have witnessed this incident is asked to contact CPD.

Acting on a tip from Pennsylvania State Police indicating D’Ambrosio had a sawed-off shotgun and intended to rob a local bar, police first got a search warrant for his home, then followed it up with a warrant for his arrest on a firearms charge.

D’Ambrosio is prohibited from owning or possessing firearms because of a felony criminal record.

DUI: Waynesboro police charged Jerome M. Stubbs Jr., 32, Waynesboro, with two counts of driving under the influence of alcohol and/or a controlled substance.

Stubbs was also charged with one count of obedience to traffic controls devices after a traffic stop was conducted on January 26 at 1:24 a.m. on West Third Street.

CRIMINAL MISCHIEF: John W. York, 62, Waynesboro, faces a misdemeanor criminal mischief charge in connection with an incident at 4:59 p.m. Jan. 24 in which a door was broken at a business on West Main Street.

The Case of the Missing Jewelry