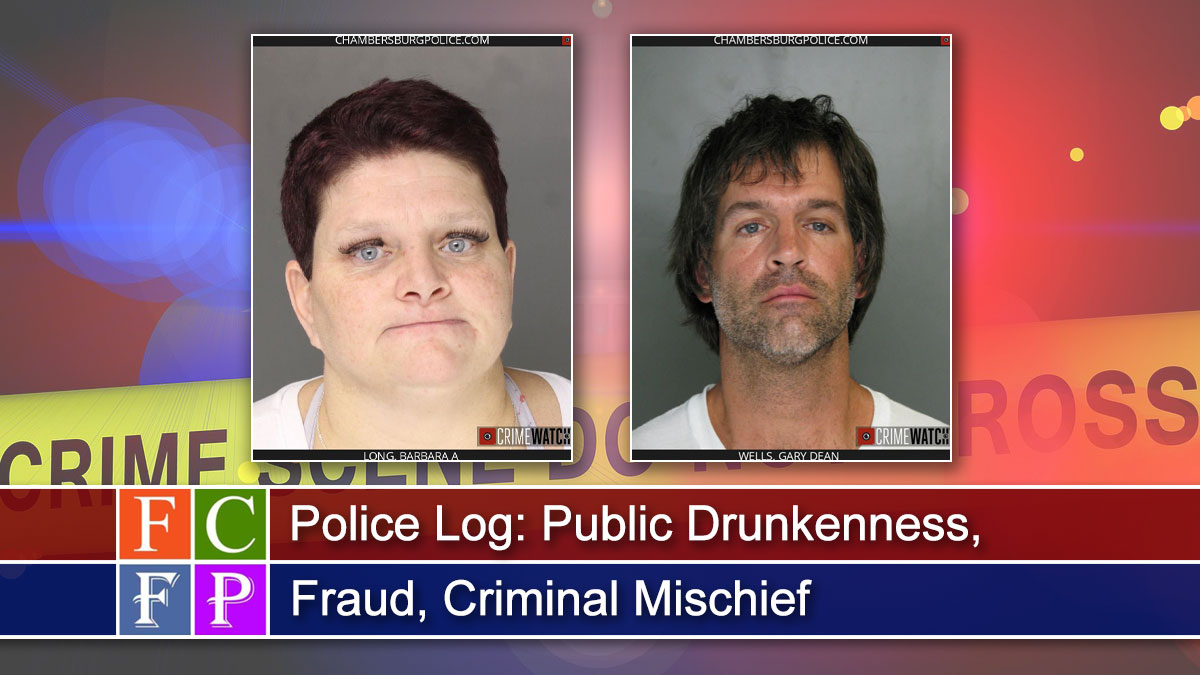 Chambersburg police investigated a number of criminal incidents recently, from a fraud case to a hit and run crash that damaged a borough electrical box.

An individual’s card had been used at a local ATM without their consent.  Barbara Long, 51, has been arrested for Access Device Fraud for the withdrawal total of $607.50 without consent from the owner.

A borough-owned electrical box at the intersection of Orchard Drive and Progress Road had been struck. It is unclear when the accident occurred or who the suspect may be.

Anyone with information is asked to please contact the Chambersburg Borough Police Department at (717) 264-4131.

CRIMINAL MISCHIEF: Chambersburg Police Department responded to a report of a Criminal Mischief in the parking lot of 454 Norland Avenue. On Feb. 10, between the hours of 5:30 and 7:30 p.m., someone slashed the tire on a 1998 Mercury Sable.

Anyone with information is asked to please contact the Chambersburg Borough Police Department at (717) 264-4131.

PUBLIC DRUNKENNESS: On Saturday, Chambersburg Police were called in reference to an individual laying on the sidewalk of West Queen St at South Main Street.  Officers made contact with the individual, identified as Gregory Moats, 46.  Moats was sitting on the sidewalk with open beer cans and had a strong smell of an alcoholic beverage emanating from his breath.

Moats was placed under arrest for Public Drunkenness and transported to the Franklin County Jail.

PUBLIC DRUNKENNESS: On Feb. 6 Chambersburg Police were dispatched to the area of Fairground Avenue for an individual causing a public disturbance.

Officers made contact with Gary Wells, 53.  Wells was placed under arrest for Public Drunkenness and transported to the Franklin County Jail.