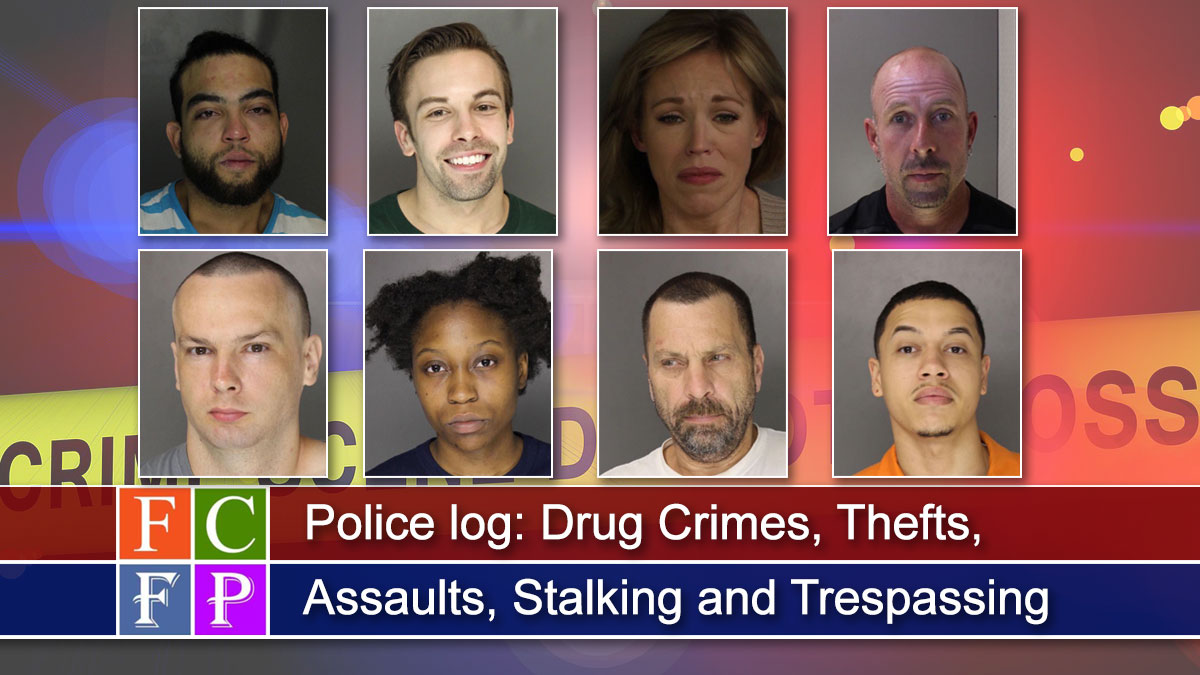 FRANKLIN COUNTY (Sept. 18 2019) – Area police have investigated a variety of crimes in Franklin County that include, drugs, theft, assault, stalking and trespassing. In Chambersburg, a bicycle was found and can be claimed by the owner.

DRUG ARREST: Xavier Alicea, 23, was stopped by Chambersburg police for multiple traffic violations at 1:42 a.m. Sept. 4, police said. During the stop, 22 grams of methamphetamines’, packaging material and drug paraphernalia were located in the vehicle. Alicea was arrested and placed in Franklin County Jail. He is charged with one count of Manufacture Delivery or Possession With Intent to Manufacture or Deliver a controlled substance.

DRUG ARREST: On Sept. 17 at approx. 1:07 a.m., a traffic stop was conducted on Nathaniel Thues, 28. During the stop, methamphetamines’ along with drug paraphernalia were located in his vehicle. Thues was subsequently arrested and charged with Possession.

RETAIL THEFT: Amanda Susan McClanahan removed multiple items displayed for sale by Sheetz from their display, concealed them in her purse, and then exited the store without paying.  An arrest warrant has been issued for McClanahan, charging her with Retail Theft.

Anyone with information about her whereabouts is asked to contact the Chambersburg Police at (717) 264-4131.

LOST AND FOUND: On Sept. 17, the bicycle pictured above was located to the rear of 947 Wayne Ave. Chambersburg Police Department took possession of the bicycle and it is currently at the police station. The owner of the bicycle can claim it at CPD.

STALKING: Eugene M. Keckler, Waynesboro, was charged with one count each of stalking and harassment after an incident was reported to police on September 4 at 3:00 p.m. on Reservoir Avenue.

ASSAULT: Wesley D. Harrison, Waynesboro, was charged with one count each of aggravated assault, simple assault and recklessly endangering another person after an incident occurred on September 4 at 3:00 a.m. on Fairview Avenue.

DOMESTIC ASSAULT: Jasmine G. Wade, Waynesboro, was charged with one count of simple assault as the result of a domestic violence incident Sept. 3 at 5:13 p.m. on East Main Street. Arrest Date:  Tuesday, September 3, 2019.

CRIMINAL TRESPASS: Joseph H. Procopio, Waynesboro, has been charged with one count each of criminal trespass, defiant trespass, and harassment as a result of an incident at a residence on North Church Street on Sept. 2 at 12:54 a.m.

FLEEING AND ELUDING: Roberto A. Feinberg, Chambersburg, has been charged with one count each of fleeing & eluding a police officer, reckless driving, class of licenses, no passing zones and no inspection after he tried to get away from police during a traffic stop. He was on a motorcycle on North Grant Street at 2:40 a.m. Aug. 31 at the time. Police did not provide details about the ensuing chase.

PUBLIC DRUNKENNESS: Tod K. Naugle, Waynesboro, was cited for public drunkenness after police made contact with him on North Grant Street August 18 at 1:18 a.m.

HIT AND RUN: Chase D. Metcalf, Mercersburg, was cited for accidents involving damage to unattended vehicle or property after a hit and run was reported on August 19 at 10:54 a.m. on West Fourth Street.

HARASSMENT: Richard C. Clauter, Waynesboro, has been cited for harassment after a domestic occurred on August 19 at 4:43 p.m. on Hamilton Avenue.

PUBLIC DRUNKENNESS: Cheyenne M. Harris-McIntyre, Cascade, Maryland, has been cited for public drunkenness after police made contact with her on West Main Street at 1:50 a.m. August 28.