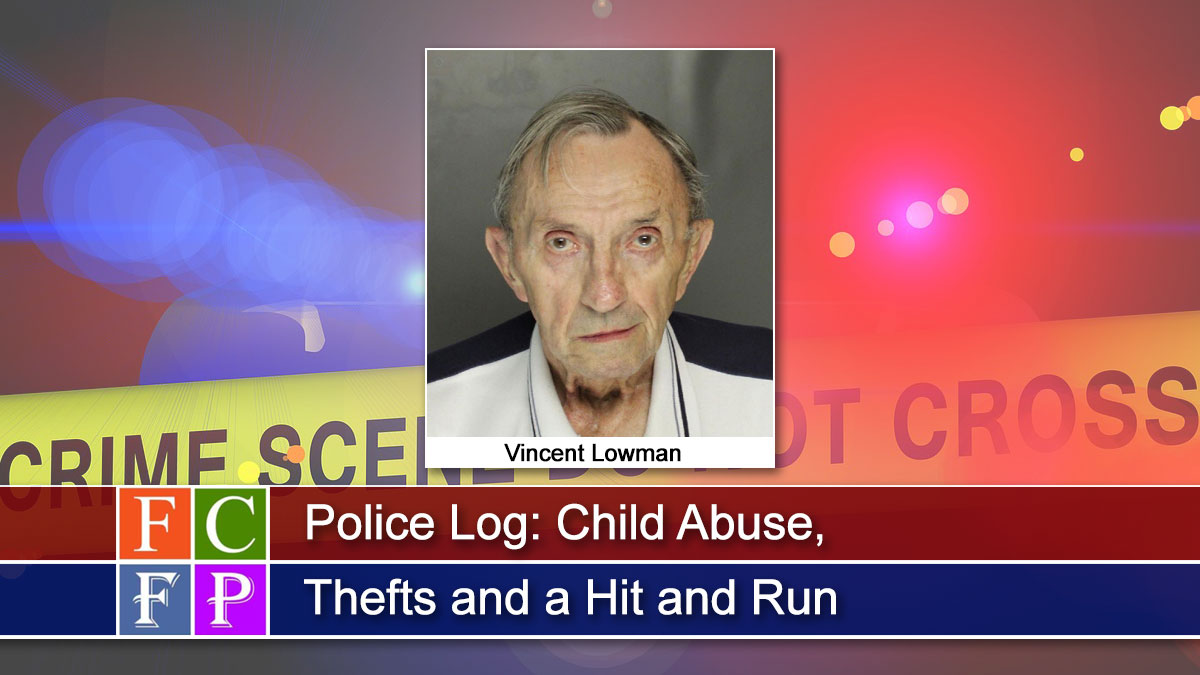 FRANKLIN COUNTY, PA (September 23, 2019) – Police have arrested a man for molesting a child and investigated a number of lesser crimes recently.

CHILD ABUSE: An 83-year-old Chambersburg man is charged with indecent assault and corrupting the morals of a minor and released on $50,000 unsecured bail, according to Chambersburg police and online public court records.

The charges were filed this morning against Vincent Lowman, court records show.

Chambersburg police said the abuse happened last June and July while Lowman was caring for the child at his South Second Street home.

He was arraigned by Magisterial District Judge Glenn Manns, who set the bail. His preliminary hearing is set for October 8 in Franklin County’s Central Court.

RETAIL THEFT: Chambersburg police are investigating the theft of an 89-cent stick of string cheese from the Sheetz convenience store on Monticello Court Sept. 10.

HIT AND RUN: Police are looking for the driver of a hit and run vehicle who hit a parked vehicle in the parking lot of Chambersburg Beauty School on Cedar Street Sept. 13. Police said the incident happened sometime between 10:30 a.m. and 3 p.m. that day.

THEFT: n 09/18/19, Chambersburg Police are investigating the theft of a camera bag that was stolen from a vehicle on Sept. 18. The owner was loading up equipment in the parking lot of 1580 Orchard Drive when the bag and camera equipment was stolen. The theft occurred on between 9:3 and 10 p.m. that day.

The camera bag contained a Sony As7 Mark 1, a ZEISS lens, HDMI cables, a lens cloth, (2) batteries, a charger and a 64 gigabyte Sandisk memory card.

Staff Report - April 7, 2020 0
Marlin was a very happy, light-hearted person who loved talking, laughing, singing, and dancing. As a hobby, he collected and sold items. He also liked watching sports of any kind but he especially enjoyed being a Philadelphia Phillies and Eagles fan.