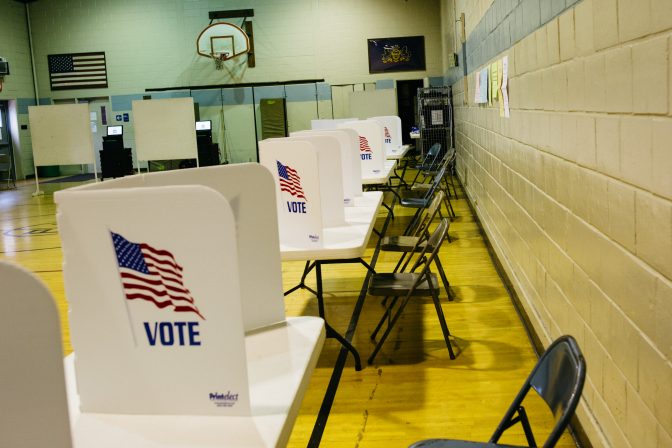 Pennsylvania’s primary election is behind us, and mostly everything went fairly smoothly around the state, either in spite of, or because of, extremely large numbers of mail-in ballots. Locally, turnout was 25.1% in Franklin County, with 20,894 ballots, including mail-in ballots, cast. Here’s a state wrap-up from PA Post.

The results of Pennsylvania’s June 2 primary will likely take days to tabulate, and it may take even longer for election officials to assess how well the voting was managed.

The main holdup is the unprecedented number of mail-in ballots that counties must process — 1.8 million in all. No-excuse vote-by-mail took effect this year, and the coronavirus prompted many voters to mail in their ballots for the primary instead of voting in person.

Many county elections departments warned well in advance that they would not begin tabulating results until Wednesday. Seven counties also will accept mailed ballots postmarked on or before June 2 for another week, thanks to 11th-hour court and gubernatorial orders.

A range of problems at in-person polling places were recorded across the state, but there were no reports of widespread disruptions. In some counties, new voting machines malfunctioned, but not enough to seriously delay voting. Long lines were reported in some cities.

In a Pittsburgh suburb, an ACLU-Pa. attorney got a court order to extend voting hours at Penn Hills library where voters were lined up in their cars waiting to park shortly before the 8 p.m. deadline.

And in a few places, there were reports of disputes over wearing masks to prevent the spread of coronavirus.

The most serious complaint involved polling places in Pittsburgh and Philadelphia, where police and National Guard soldiers were positioned after days of protests and riots in the two cities. Voting rights advocates argued that the heavy presence of law enforcement officers and soldiers in riot gear was intimidating to some voters and may have suppressed turnout. Ahead of the primary, some election workers worried about safely transporting ballots for tabulation.

“The pressures on Philly and Allegheny are intense,” said Keystone Votes state coordinator Ray Murphy. “But considering everything, the primary’s been running relatively smoothly elsewhere in the rest of the state. If you think about a stress test, this has been very low stress. There aren’t many people out.”

Still, the Election Protection hotline Keystone Votes runs in conjunction with the ACLU, Common Cause and other advocacy groups experienced a markedly high number of calls (more than 1,000) for a primary, according to Murphy.

The number of issues reported through the Department of State, meanwhile, were quite low, according to Pennsylvania’s top elections officer, Secretary of State Kathy Boockvar.

“Most calls were routine. Things like asking for polling place location, registration status, questions about their absentee or mail-in ballots, and other very routine questions,” Boockvar said.

Boockvar even canceled the second of two press conferences scheduled for Tuesday night,  “based on how calm and peaceful and smooth today went,” she said.

The problems that were reported Tuesday bear closer attention because they could inform policymakers’ decisions as they prepare for the fall election.

May 28, 2020
Thanks for subscribing! Please check your email for further instructions.